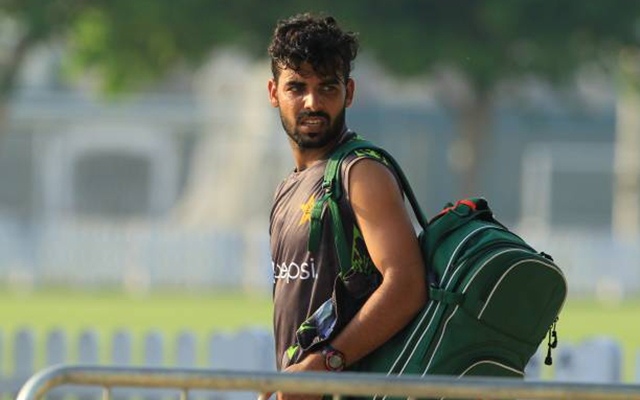 ISLAMABAD: All-rounder Shadab Khan has been ruled out from further participation on the tour of South Africa and will also miss out on the tour of Zimbabwe due to a toe injury.

Khan injured his left toe while batting in the second one-day international against South Africa on Sunday.

The Pakistan Cricket Board (PCB) said in a statement on Monday that Khan has been sidelined for up to four weeks.

Khan, who is vice-captain in white-ball cricket, didn’t take a wicket in the two ODIs against South Africa and scored only 33 and 13 runs in two games.

The ODI series is level at 1-1 with the final game on Wednesday. Pakistan will also play four T20s against South Africa before travelling to Zimbabwe for two test matches and three T20s.