The Imbroglio at the HEC 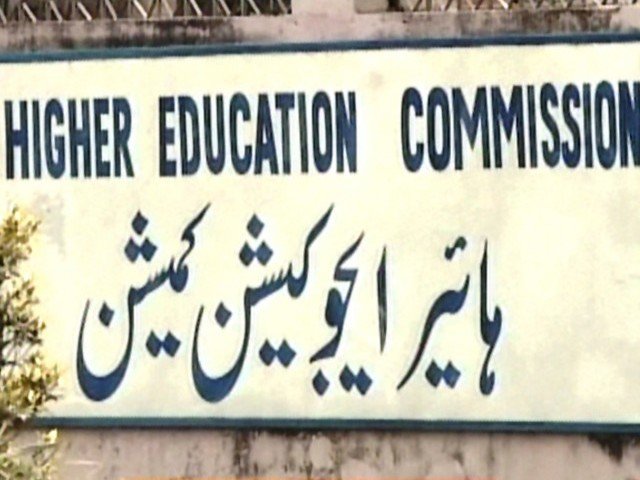 A few days ago, Dr. Tariq Banauri, Chairman Higher Education Commission was sacked in rather mysterious circumstances. To cut down his tenure from four years to two years (which he had already completed) the relevant law had to be amended for which Cabinet meeting was fixed in the first week of April 2021, but for reasons not known, the Cabinet’s approval was obtained by circulation and on the evening of March 30, 2021, the President’s assent made it an amended law which came into force at once, and the notification declared that Dr. Banauri had ceased to be the Chairman of HEC. No notice of show cause was considered necessary, and the game was over.  In these circumstances Dr. Banauri moved the Sind High Court for his summary dismissal, where the matter is so far pending.

The HEC came into existence in 2002 during Musharraf’s reign. At that time Dr. Atta ur Rehman became its first Chairman. Its purpose is to regulate over 220 public and private universities across Pakistan, each established under its own Act with its own policies and procedures. In addition, the HEC has to coordinate its activities with the Planning Commission, the ministries of finance, education, science & technology, and the Prime Minister’s Office, in addition to the governors, chief ministers, provincial HECs, provincial education ministers and foreign funding agencies.

So far 4 Chairmen had completed their stint as head of this leading body to oversee the state of education. The matters were running as per status quo, but lately due to a vast difference between the visions of Dr. Atta ur Rehman and Dr. Tariq Banauri, the matters came to head. Dr.Atta ur Rehman in his tenure being initiator of HEC enjoyed the blessings of Gen. Musharraf  and thought that Pakistan’s standard of education could only be raised by establishing more universities, giving educational scholarships to a large number of post-graduates for doing Ph.Ds in foreign reputed universities to compete with scholars of other developing nations, and establishing more research centers, whereas Dr. Banauri who had spent a long time on the subject of sustainable development, had a diametrically opposed view and believed that the system of college education should first be made so sound that our graduates should be amply capable of competing with students of foreign universities to successfully meet their standards to do their Ph.Ds and return back with quality education. For this he had plans to make make B.A and M.A degrees from two years to three years.

Similarly, he had devised an austere system of testing the quality of research centres by holding their exams to see if their research is really productive for the country. Thus, he stopped the funding of fake centres of research. His approach was directed to improve the quality of education from the grass root level to prepare them at par with the world. This was no doubt an uphill task and also could take several years to mature.  A large sections of academia were not in favour of these reforms, as the reforms did not promise quick changes, and there were also uncertainties and unforeseen obstacles whether Dr. Banauri’s  programme will ever see the light of the day.

Whereas the progress of education in the rest of the developing nations was going very fast and it feared that Pakistan may never catch up with the world the way Dr. Banauri wanted to implement his programme. At present India is at No.4 on the graph of countries having most Ph.Ds, while Pakistan does not figure in that list at all. Banauri’s main difficulty was also the paucity of Budget allocation on Education, which as an economist, he could only ill-afford to spend huge funds on making new universities and sending thousands of students on foreign scholarships.

Hence much of the funds either remained unutilized or misappropriated. To top it all, after a couple of years, the grants of already awarded scholarship were mercilessly stopped and their recepients were forced to return home, leaving their studies half-finished. This was the worst debacle which generated a lot of criticism against Dr Attaur Rehman’s hasty award of scholarships to unmerited students.

Moreover, he did not like the interference of the government in his work, which were presumably the grounds of his removal. It is noteworthy that Pakistan’s public expenditure on education as a percentage to GDP is estimated at 2.3% in the fiscal year 2019-20, which is the lowest in the region.

Secondly there was a world of difference in geo-political situation of Pakistan in the tenures of these Chairmen. In the wake of 9/11 after 2002, Pakistan was flushed with huge grants and loans for education by America to fight against Taliban in Afghanistan which they believed was due to lack of their education. It was a kind of nature’s gift which was handed to Dr. Rehman to spend on education as luxuriantly as he had dreamed about it. Thus, the huge inflow of funding in the aftermath of 9/11 proved to be a bonanza in the hands of Dr. Rehman and thus he was able to put into operation his vision to raise its educational standard, not only by proposing to build six more universities, but also sending thousands of students to prestigious foreign universities without judging their merits to match their standards.

The HEC budget thereafter zoomed by 12 times (1,200 per cent!) over just three years — a record that no country has ever beaten. It was Dr. Rehman’s good luck that these huge funding enabled him to pursue his dreams as he wished, but it is another story whether he in fact proved himself to be able to achieve his objectives as best as he had wished them to be. The inherent weaknesses of the system were there and its sugar coating by pumping more funds did not work. Later due to the award of too many scholarships without merit and a fool-proof system of its screening left much to be desired. Due to improper implementation and utilizing of huge funds the objectives of the programme could not be accomplished without proper planning and devising infrastructure to monitor its progress on day-to-day basis.

Hence much of the funds either remained unutilized or misappropriated. To top it all, after a couple of years, the grants of already awarded scholarship were mercilessly stopped and their recepients were forced to return home, leaving their studies half-finished. This was the worst debacle which generated a lot of criticism against Dr Attaur Rehman’s hasty award of scholarships to unmerited students. To set this fiasco on even lines, Dr. Rehman demanded more grants which were rejected, at which he serenely resigned leaving his work half finished.

His management in spending huge funding and his inability to keep tight controls was the reason of his failure for not delivering the intended results. It was like squandering money recklessly and in post-haste which led to this fiasco. It was a sorry chapter in the field of education that this country despite having adequate funding, but without proper checks and balancing did not achieve the desired results.

But despite that, since Dr. Atta ur Rehman was quite a known figure and had good connections with several foreign universities, he made the world believe that his work had been excellent, and that he gave huge incentives, produced several Ph.Ds and gave a boost to Education in Pakistan. On the other hand, since Banuri’s views are strongly influenced by his US education wherein higher education is meant for those only who had got a strong Bachelor’s level foundational base. In one of his recent TV interviews he stated that his purpose was to concentrate the bulk of HEC’s resources into widening and strengthening undergraduate teaching across Pakistan. Every eligible student, he says, should be able to obtain a four-year BS degree irrespective of income or region. He said three years B.A. programme may be treated as a terminal degree not necessarily a step for going up for a Ph.D degree.

Now it is for the rulers to see how they can compete with the world in education within their meager resources.

April 19, 2021
NEW DELHI: Many Indians are criticising Prime Minister Narendra Modi over his response to a scary surge in coronavirus cases, disappointed by him addressing...