From Echo of Bombs to Chirping of Birds 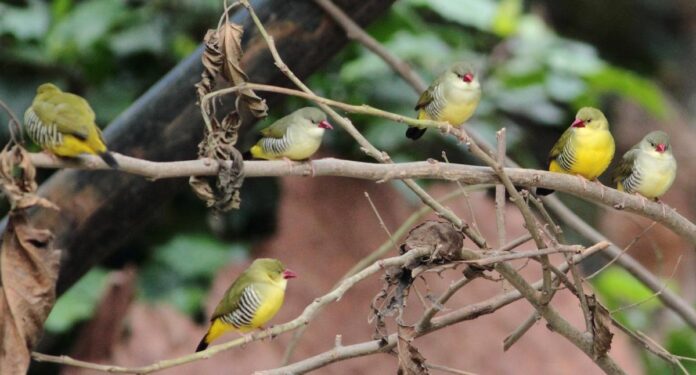 Walking down the beautiful green streets of Islamabad, and looking at its mesmerizing natural beauty I realize this city is the model of what a modern city should look like. It has clusters of buildings divided into zones, laid out as a grid with a vast network of roads connecting them all together like a spider web.

In between the buildings, green vegetation, soothing green belts around the avenues, are sprinkled all over the city, making it the greenest city in the country. It is no doubt a city thriving in the arms of tree-covered Margalla Hills. To analyze how valuable the peace and protection of the environment is for this country, rickshaws are also banned due to their loud noises and the streets are as clean as day. Clean environment has become a priority for Pakistan; in the past; people of the land suffered beyond measure and had to bear violence for two decades.

There was a time when the word “Pakistani” was only used to build an image of a man with long hair, a beard, and abhorrence dripping from his eyes, ready to take a plethora of lives. But that’s obviously not the case.

Leaving it all behind, the country is out of the dark times; it’s geared up to embrace positivity and is advocating peace among nations after achieving “peace within”. During the depressing times of covid-19, when the world stopped for days and months, this progressive country seized the opportunity to reboot a stressed economy with a ‘Green Stimulus” only, focusing on protecting nature, generating green jobs, committed to tree plantation and also sensitized its society towards the alarming global challenge of ‘climate change.

Not just this, a South Asia country, having a significant strategic location has adopted the ‘green energy economy’, after analyzing the value of clean, green and pure air to breathe in. This approach surely depicts Pakistan’s decision of opting to become a more progressive, developed and modernized nation. It has the realization of a cost of life, either human or of a tree.

Pakistan has gained strength by listing its priorities and aiming to change the dimension of its economy, making it more sustainable, and its environmental policies are being recognized by the international community as well. This is a landmark step pointing towards a shift in the country’s priorities and interests.

Despite these immensely positive and eco-friendly efforts, Pakistan has been a victim of negative and agenda-driven propaganda by multiple actors that was badly exposed by EU DisInfo Lab. The Brussels-based independent NGO also unveiled the negative and groundless propaganda shockingly being sponsored by the Hindu-extremist government of India.

The country is surely building back and much stronger. It has realized the contemporary needs of the world. Decades of suffering failed to break the resilience of this nation, and its struggle for a peaceful more prosperous tomorrow. Instead of hearing heart-wrecking screams of fear, people of this land are getting accustomed to hearing the beautiful, calming chirp of birds, welcoming peace, prosperity and sustainability.

EU DisInfo Lab has accused India of spreading fake and baseless information about Pakistan. India is continuously fueling misconceptions and minimizing chances of negotiations between the two neighbouring countries. India has been using paid local media channels and has been running ‘pro-India’ and ‘Anti-Pakistan’ campaigns for years. Nevertheless, this eye-opener report by the Brussels-based NGO proves sthe tark difference between the goals and interests of the two nations.

The patience and resilience of Pakistan towards pulling off sustainable and durable peace is commendable. Financial development in Pakistan has been duly recognized globally as well. Thus, Moody’s Investor Service has also upgraded Pakistan’s economy outlook from “negative” to “stable”. The country has prioritized ‘sustainable development’ over ‘gigantic corporate profits’ as it has been adopting green economy strategies. Committed to initiating a ‘green economy’ it has been protecting its nature that resultantly created jobs in the country, being called ‘green jobs’.

Once captured in the shackles of terrorism and violence, the country is on the road to recovery as it has sensed the silver lining emerging around this black cloud of confusion and uncertainty, especially during the covid-19 days. Green agenda has been implemented on the project known as ‘Billion-Tree Tsunami’, that urges people for tree plantation. Pakistan’s incumbent government has also formed a launch pad for directional shift of the economy towards sustainable growth.

Choosing nature-positive pathways over corporate interests the country is launching an ‘Ecosystem Restoration Fund’ which allows funding for Pakistan’s green economy, and till now it has gained funds of $180 million. The state is striving to preserve and protect 15 ecological national parks, hich will comprise five percent of the area of Gilgit-Baltistan, and they will form a nature corridor between Azad Kashmir and Khyber Pakhtunkhwa. Instead of advocating ‘nationalism’, the country is advocating ‘environmentalism’.

The newly notified Himalaya National Park and the Nanga Parbat comprise of unique ecological areas with very rich high-altitude biodiversity as well as precious flora and fauna which include snow leopards, Himalayan brown bear, Laddakh Urial, ibex, markhor and blue sheep. Pakistan’s incumbent government has also launched a programme of ‘Billion Tree Honey Initiative’ and it is also a part of its ‘Clean-Green Pakistan’ campaign.

Arrangements have also been made for natural breeding of Laddakh Urial so as to enhance the population of that endangered species. Pakistan has opted for a role of a custodian and guardian of nature. Moreover, the country has also made an announcement for a “Green Euro Bond”, to shift away from coal-based pathways towards renewable energy by aiming to achieve a target of 60 percent clean energy by 2030.

To get these targets, 2600MW of imported coal projects have been shelved and replaced by 3700MW of hydroelectric projects, sensing a growing appetite for green and low-carbon investments in the international markets, Pakistan has decided its direction and is aiming to create a more eco-conscious marketplace.

The country is surely building back and much stronger. It has realized the contemporary needs of the world. Decades of suffering failed to break the resilience of this nation, and its struggle for a peaceful more prosperous tomorrow. Instead of hearing heart-wrecking screams of fear, people of this land are getting accustomed to hearing the beautiful, calming chirp of birds, welcoming peace, prosperity and sustainability. As Marcel Proust said, “We are healed of suffering only by experiencing it to the full.”

Sojla Sahar
The writer can be contacted at: [email protected]