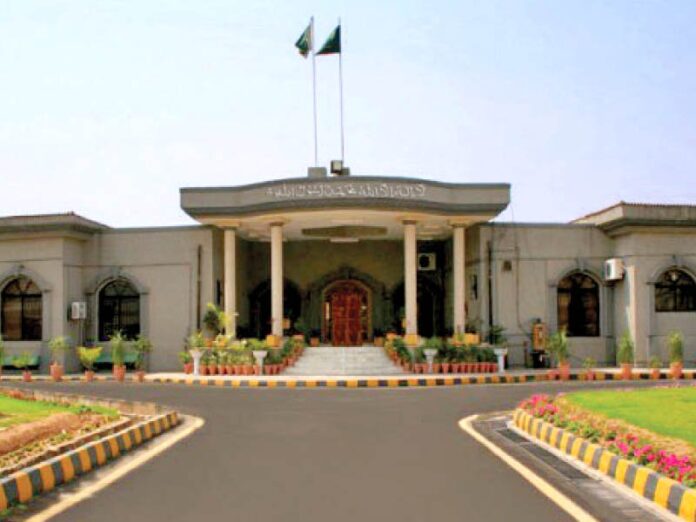 ISLAMABAD: The Islamabad High Court (IHC) on Friday gave a one-month deadline to the government committee for preparing a report on social media rules.

The committee, which was formed earlier this week, comprises Federal Minister for Human Rights Shireen Mazari as the committee’s chairperson, with MNA Barrister Maleeka Bokhari, Senator Barrister Ali Zafar, IT secretary, and the PTA chairman as its members.

The committee will furnish its findings and report back to the PM after one month’s time. It would also hold consultations with the petitioner, Usama Khawar — who filed the case in the IHC — and relevant stakeholders.

It is pertinent to mention here that the AGP had recommended to PM Imran that broad-based consultations were needed to properly frame comprehensive rules for the regulation of social media within the country. The framework would aim to protect the fundamental rights of freedom of speech and right to information as envisaged under the Constitution of Pakistan, while also ensuring that the platforms are not abused and material is not disseminated in violation of laws.

CJ IHC Justice Minallah, during the hearing on Friday, remarked that the court welcomed the steps taken by the federal government and set hopes for a report prepared by the committee in light of the objections and recommendations.

The judge questioned the attorney general whether he was assisting the government committee or not. Khan replied that a lawyer was already included in the committee; moreover, his office was also ready to assist them if needed.

The attorney general reiterated that a month was given to the committee to finalise its report.

The petitioner’s counsel argued that the court had earlier given a month to the federal government, however, no progress was made except the constitution of a committee on the last day of the deadline. He also raised objections to the committee members and pleaded with the court to order the inclusion of stakeholders in the government committee.

Justice Minallah remarked that the federal government has formed its own committee and those having objections to it could move to the court. The counsel said that the court’s directives were about to include stakeholders in the consultations.

The judge remarked that stakeholders could provide the committee with their written recommendations and the committee would formulate rules in accordance with the suggestions. The counsel said that opposition should also be included in the committee.

AGP Khan said that he has also thought about it but it will increase the timeframe of preparing a report up to three months. He also questioned who should be the member of the committee.

To this, the IHC CJ remarked that the court would not run on the basis of concerns and the doors are open for everyone if anyone finds something wrong.

Later, the high court gave a one-month deadline to the government committee to prepare a report regarding social media rules and adjourned the hearing till May 10.