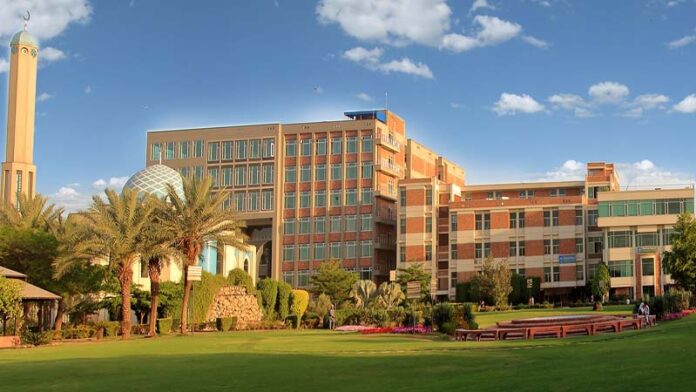 The Ministry of Human Rights has asked the University of Lahore to re-admit the two students, who were expelled for hugging on campus, and termed the university’s decision an “overreaction” and “moral policing”.

In a letter to the university, the ministry’s Parliamentary Secretary Lal Chand Malhi said that the students were not given a chance to explain their position as the institution had overreacted on the issue without probing all the details of the incident.

“Both the girl and the boy did not commit such a heinous crime for which they were punished severely and expelled from the university. This would destroy their career and future education opportunities,” he wrote in the letter.

“This kind of freedom is outlined in Article 16 of the Universal Declaration of Human Rights, to which Pakistan is party, and also under the UN Covenant on Civil and Political Rights. I am very much in favour of moral character building as part of higher education curriculum and extracurricular activities but I don’t think that the extreme actions like expelling the students would serve the purpose.”

Last week, the two students were booted from the university after a video of them had gone viral on social media, in which a female student gets down on knee and proposes a boy. The pair can then be seen hugging and holding bouquets of flowers as onlookers cheer them on and film the scene.

The institution had said in a letter that the pair was expelled after being found guilty of violating its code of conduct.