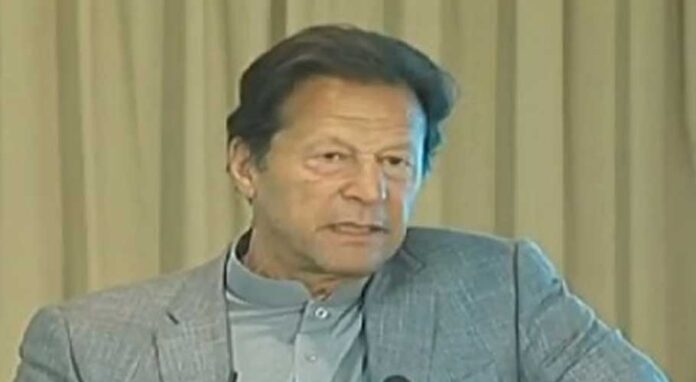 Prime Minister Imran Khan on Monday said that the opposition parties have already begun offering bribes to senators in the hopes of securing the slot of the Senate chairman in the upcoming elections.

“I know very well which senator was offered what,” said the prime minister during a meeting with his party’s lawmakers.

“The opposition used money to win the Islamabad seat,” he maintained, adding that money was used to influence the Senate elections not only in Islamabad but also in Khyber Pakhtunkhwa (KP).

The premier remarked that members of the opposition used the money to secure seats and then further utilised money on illegal activities. He stressed that the Pakistan People’s Party  (PPP) and the Pakistan Muslim League-Nawaz (PML-N) have been using money to influence elections for years.

PM Imran lashed out at PDM’s joint candidate for the post of Senate chairman, former premier Yousaf Raza Gillani, adding that the PPP leader had “destroyed [the concept of] morality [in politics] and the entire nation is watching his actions”.

The premier asked his party members to push back against the opposition’s narrative.

Separately, leaders of Pakistan Tehreek-e-Insaf (PTI) on Monday urged the Election Commission of Pakistan (ECP) to fix an early hearing of Senate elections’ leaked video scandal regarding the son of the senator-elect Gillani.

Demanding early action over the scam, they said the important petition should be heard quickly and before the next Senate session.

Farrukh Habib maintianed that the whole nation is fully aware of the leaked video of Gillani’s son in which he informed the method of spoiling vote in Senate polls.

He asked the Election Commission to fix the petition for an early hearing. He stated that the leaked video went viral on social media on March 2, and despite the passage of six days, the matter is still pending. The ECP had fixed March 11 for hearing the case, which would be too late, he added.

He said that legal action should be taken against Pakistan Muslim League-Nawaz (PML-N) Vice President Maryam Nawaz for buying loyalties of PTI MNAs by promising them the award of PML-N tickets for the next elections.

He added that the Senate election was stolen adding that it was an attempt to derail the democratic process.

He said that it was the responsibility of the Election Commission to stop corrupt practices.

Parliamentary Secretary for Law and Justice Maleeka said that a lot of money was spent in Senate elections for horse-trading.

She urged the electoral body to not issue a notification of Gillani’s victory, adding that legal action should also be taken against Gillani’s son.

Parliamentary Secretary for Planning, Development and Reforms Kanwal Shauzab urged ECP to take prompt action as it was a historic election of the country as the whole nation is looking towards ECP.

She said that ECP took prompt action on the Daska election, and the same spirit should be exhibited to investigate wrongdoing in Senate elections.

The PTI leaders said that ECP is a constitutional body and it should treat everyone as per law.