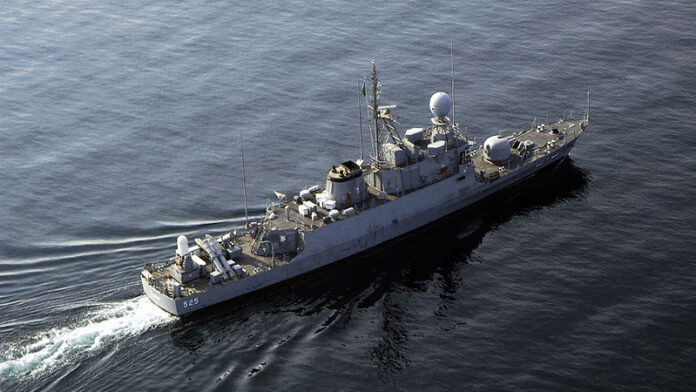 One official of the Pakistan Navy embraced martyrdom and two others got injured when gunmen ambushed their vehicle in the coastal town of Jiwani, officials said on Sunday.
The Pakistan Navy vehicle came under attack Saturday evening while travelling from Jiwani to the Ganz area, said Balochistan Finance Minister Zahoor Buledi.
The insurgent group Balochistan Liberation Army claimed responsibility for the attack.
Two intelligence officials confirmed the minister’s account, saying unidentified attackers opened fire with automatic weapons on the vehicle, which was also carrying Quick Response Force troops.
The attack came a day after five labourers were killed and five others, including two security personnel, were wounded when a roadside bomb went off between the towns of Sibi and Harnai in the same province.
A sailor was fatally shot while a barber and another sailor were critically wounded during an exchange of fire with the attackers.
Balochistan Liberation Army spokesman, Azad Baloch, in a message to reporters, said that the group killed four Navy officers and wounded two others.
Buledi, the provincial minister, condemned the attack, saying the insurgents are trying to demoralise the security forces operating against them. Soon after the incident, security forces rushed to the scene and surrounded the area to try and locate the attackers.
Local officials said the body of the sailor and the wounded were shifted to the town hospital and there they were moved to Karachi.