A source says PPP, JUI-F have informed the PML-N leaders of their concerns over the Senate elections 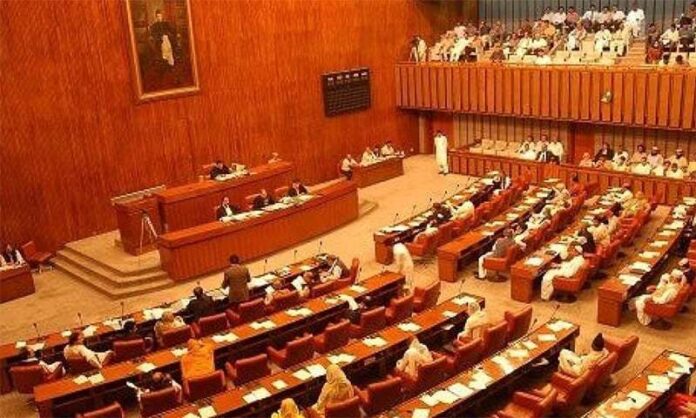 ISLAMABAD: As the Pakistan Tehreek-e-Insaf (PTI) suffered due to the defeat of Finance Minister Dr Abdul Hafeez Shaikh in the recently-held Senate elections, the Pakistan Democratic Movement’s (PDM) allies are also furious over the loss of one candidate in Khyber Pakhtunkhwa (KP).

Out of 12 seats in the KP Assembly, the ruling party of the province had won 10 seats while the Jamiat Ulema-e-Islam-Fazl (JUI-F) and the Awami National Party (ANP) had won one seat each. The PML-N had failed to win even a single seat in the KP as its candidate was defeated.

The Opposition could have easily managed to win three Senate seats in KP but it could only win two seats as a candidate of Pakistan Muslim League-Nawaz (PML-N), Abbas Afridi, had not withdrawn in favour of the Pakistan Peoples Party (PPP) and JUI-F candidates.

On the technocrat seats, PTI’s Dost Mohammad Mehsud and Humayun Mohmand had emerged winners by securing 59 and 49 votes respectively while Farhatullah Babar of the PPP, who was backed by the joint opposition, had lost the polls after securing 34 votes against the required 45.

PTI’s Sania Nishtar and Falak Naz Chitrali had won the women seats while Gurdeep Singh of the ruling party had claimed the minority seat by securing 103 votes.

According to a source in the PDM, differences between the opposition parties have intensified following the results of the Senate elections from KP and the leadership of the PPP and JUI-F have conveyed their reservations to the PML-N leadership.

“Both parties are angry over the loss of a Senate seat in the province, where the vote bank of the PDM candidates was affected due to a PML-N candidate,” the source said and added that both the parties have informed the PML-N leaders of their concerns over the Senate elections.