Presidential reference inquired only into matter of Article 226 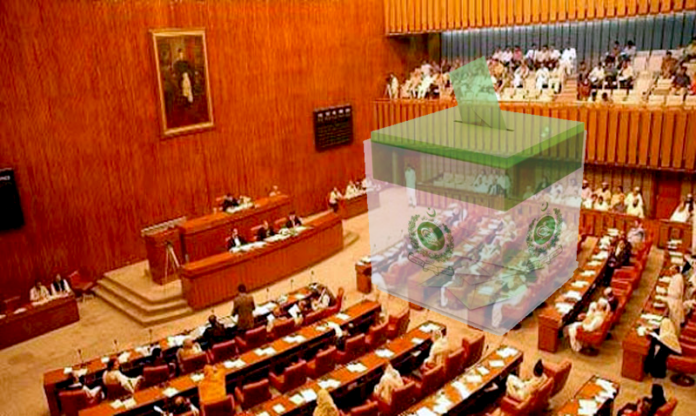 The Supreme Court (SC) of Pakistan will issue its verdict over the presidential reference on the matter of holding the upcoming Senate elections through an open ballot method on Monday.

On Wednesday, Chief Justice of Pakistan (CJP) Gulzar Ahmed had noted that the parliament is the forum that must decide the method of voting for Senate elections, including the degree of secrecy to be allowed.

According to local media reports, lawyers for both sides were sent messages regarding the date being fixed for Monday whereas the opinion is likely to be announced in an open court.

Earlier on Thursday, the SC had reserved its decision in the presidential reference on the matter of holding the upcoming Senate elections through an open ballot method after the aforementioned reference sought the apex court’s insight into the matter.

During the hearing, Pakistan Bar Council’s (PBC) lawyer Mansoor Usman Awan had argued that holding elections through an open-ballot system has been unprecedented in Pakistan, adding that the secrecy of casting votes is the essence of elections.

The CJP had maintained that the passing of resolutions to ensure transparency was the prerogative of the parliament and that the top court would only offer its opinion of the application of Article 226 in the matter.

The chief justice had also reminded the court that the presidential reference inquired only into the matter of Article 226, which deals with the declaration that all elections but those of the premier and chief ministers would be held through a secret ballot. He had maintained that the court would not go out of the bounds of the reference.

The presidential ordinance, which amends sections 33, 86 and 122 of the Election Act 2017, was announced with immediate effect. It has been strongly opposed by the opposition. Its enforcement will be subject to the outcome of the apex court’s decision.