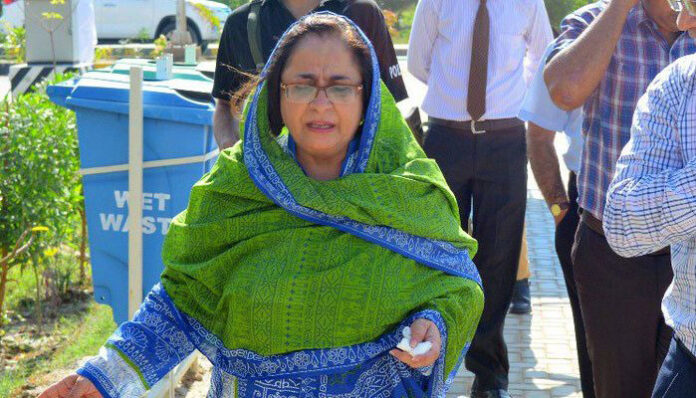 In a meeting held with district health officers (DHOs), Dr Pechuho directed the authorities to monitor the process of providing the data to the National Health Management System (NHMS).

She said people over 60 years of age will be administered the AstraZeneca-Oxford vaccine’s jabs.

“The CNIC numbers of citizens will be registered with the system,” she said, directing to take effective measures to deal with side effects, if any, or other concerns of the recipients.

The minister further assured that the proposed cold chain network for the vaccines would remain operational at all costs.

“Areas lacking electricity should be equipped with solar power facility,” she said.

On the occasion, DHOs briefed the meeting via video-link on the steps taken for the vaccination drive.

As many as 198,484 healthcare workers have registered at both the government and private levels for the drive, Dr Pechuho was informed.

The number of healthcare workers who registered with the government stood at 111,547, whereas those registered at the private labs was 86,937.

The registered workers will be administered the vaccines free of charge, the health minister reiterated.

The federal government launched a nationwide vaccination campaign on February 3, with more than 400,000 doctors and frontline healthcare workers, teachers and social workers being covered in the first phase because they run the highest risk of exposure to the contagious disease.

As per the roll-out plan, the second phase, due to start from March 1, will focus exclusively on citizens over the age of 65, who generally face a higher mortality risk from the virus, and all remaining healthcare workers, while the general public would be accommodated in the third phase.

Pakistan received its first tranche of the Sinopharm jabs, given by China as a “gift”, earlier this month. The shipment marked the first shots to be imported into the country where more than 564,077 cases of the disease have been reported since the outbreak in February last.

In addition, the government is due to receive a further 1.1 million doses of the Sinopharm vaccine by the end of this month, Foreign Minister Shah Mahmood Qureshi had announced in January.