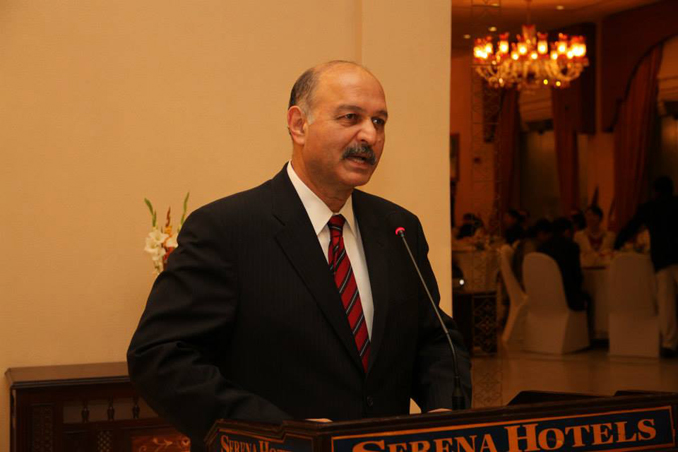 He was delivering the Keynote Address at the International Maritime Conference organised by National Institute of Maritime Affairs (NIMA), as part of the Pakistan Navy’s AMAN exercises.

Senator Mushahid quoted senior former Indian Ambassador MK Bhadhrakumar as terming AMAN 2021 ‘a spectacular display of Pakistan’s uniqueness as a regional power’ while he also criticised India for ‘a failed Pakistan policy’. He appreciated the Pakistan Navy’s positive regional role in peacetime, particularly anti-piracy operations and humanitarian help to victims of conflicts and natural disasters in the Indian Ocean Region.

Referring to the geopolitical context, he talked about the resurgence of the ‘Asian Century’ with an inexorable shift in the global balance of economic and political power from the West to the East. Senator Mushahid also analysed two contrasting visions for the future of Asia. There is China’s Belt & Road Initiative (BRI), of which CPEC is the flagship, which focuses on connectivity and cooperation, with over 100 countries signed on to BRI. Conversely, there is talk of a ‘New Cold War’ through policies that seek ‘containment’ of China, led by the Quad of 4 countries: US, India, Japan and Australia.

Talking of Pakistan’s foreign relations, he referred to Quaid-e-Azam’s vision of ‘peace within and peace without’, hence, Pakistan’s expanding role in regional connectivity.

He said that today Pakistan has ‘strategic space’ with CPEC, Pakistan’s pivotal role on peace in Afghanistan, India increasingly mired in its own problems due to Narendra Modi’s shortsighted policies and a less interventionist, more inward-looking United States under President Joe Biden.

Given this context, Senator Mushahid proposed a 3-point plan of policy doables to promote ‘maritime diplomacy’.

First, since 50,000 square kilometres has been added to Pakistan’s seabed territory, from 200 nautical miles to 350 nautical miles, thanks to a United Nations ruling of the Conference of the Law of the Sea, the government must initiate and implement a comprehensive Maritime commercial policy, with the continental shelf in the Indian Ocean as the core, and Pakistan Navy in the lead role.

Second, Pakistan should be the bridge between CAREC, the 11-country cooperation forum for Central Asian countries, and RCEP, the 15-country free trade agreement in Southeast Asia. China is member of both CAREC and RCEP, while India is member of neither. That will open up huge economic opportunities.

Third, in the wake of this successful ‘maritime diplomacy’, Pakistan needs to take a regional initiative on related issues of climate change and cultural tourism, which can provide a basis for regional cooperation on areas of common interest. Pakistan is among the 5 top vulnerable countries to the vagaries of climate change, with South Asia’s 500 million people living along the coastline facing the challenge of global warming. On Cultural Tourism, he referred to opening of Kartarpur Corridor for the Sikh Community, the Buddhist historic sites in Taxila and Takhtbai as well as Hindu holy sites. Other speakers in the session included Naval leaders from Indonesia and Nigeria, as well as academic, Professor Huma Baqai.

There was an animated question/answer session at the end of the seminar.