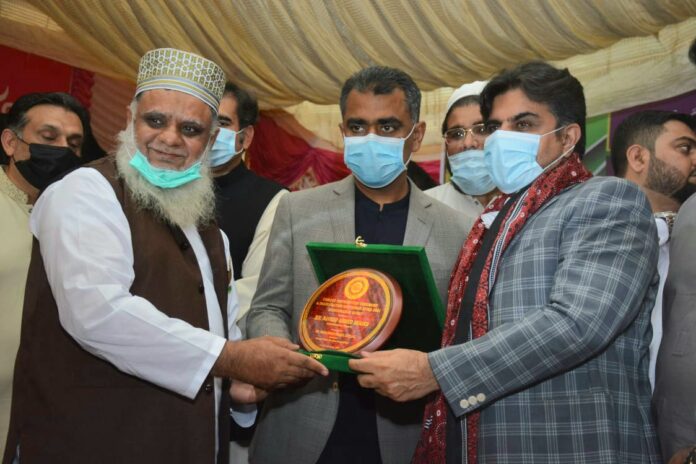 Addressing the ceremony, Shah stated that it was the responsibility of Sindh government to rehabilitate the affected families and they have done their duty by providing financial assistance to the affectees.

In regard to the reimbursements, he said that a committee had been constituted, headed by late Siraj Qasim Teli, comprising members of the local business community. He appreciated the role of Sharjeel Goplani in rehabilitating the Al Ramzan Center affectees and added that Sharjeel has acted well after picking up the mantle of the late Siraj Qasim Teli.

He added that Sindh government had identified land for the shifting of Timber Market from the city after a report prepared by Senator Taj Haider on the Timber Market issue that was presented to Pakistan People’s Party (PPP) Chairman Bilawal Bhutto-Zardari and Sindh Chief Minister Syed Murad Ali Shah.

He added that consultation meeting would soon be held with the Timber Market Association and various options of identified land would be presented to them. The final decision would be taken with the consent of trader’s community of timber market. 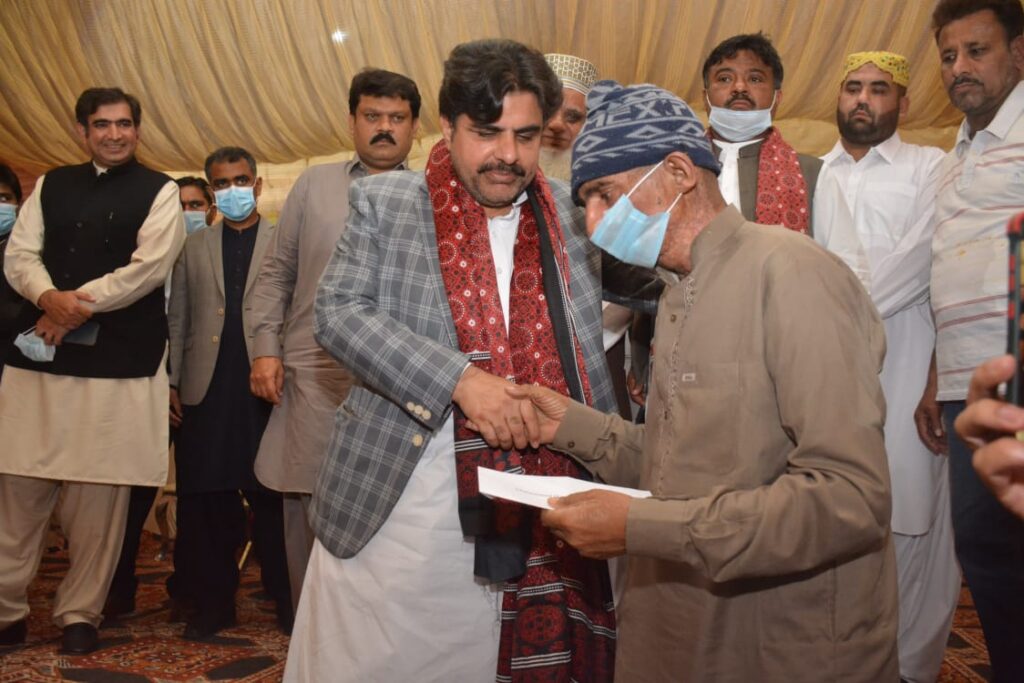 The minister said that the Sindh government has come up with a plan to demolish dilapidated buildings in the old city area which were deemed unsafe, adding that hundreds of lives were in danger. Unwanted incidents could happen at any time, he added.

He said that, as per the plan, affected families of the demolished building would be provided with alternate residences or monthly rent payouts. He maintained that one-window facilities would be established to aid the affected families.

Hussain Shah stressed that the Sindh government had always resolved the issue of traders community on priority-basis and added that they were standing with the business community.

Addressing the ceremony, Timber Traders Association Chairman Sharjeel Goplani thanked the Sindh government for the rehabilitation of the affectees and presented issues of timber market traders.