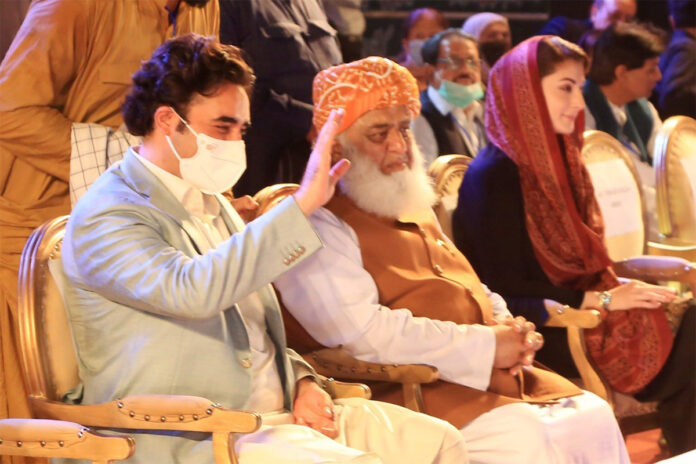 ISLAMABAD: The Pakistan Democratic Movement (PDM) is expected to kick off its long march to Islamabad from March, reports citing sources said Wednesday.

In December, a meeting of the multi-party opposition alliance had warned of a long march to Islamabad and Rawalpindi if the government of Pakistan Tehreek-e-Insaf (PTI) did not resign by January 31.

“All party workers in PDM and the people of Pakistan are appealed to start preparations for the long march from today,” the opposition leaders had said.

In a meeting scheduled to be held on Thursday, the PDM leadership is expected to give a final nod to the measures taken for the anti-government protest campaign.

According to reports, a decisive line of action has been agreed on to synchronise major steps like long march, sit-ins and resignations from the legislative assemblies.

Sources in the PDM said that the long march is expected to start from March 15. After reaching Islamabad, the participants of the march will turn the protest into a sit-in which will continue till Ramzan.

The sit-in will be suspended on April 12, a day before Ramzan, followed by an announcement to resume the protest after Eidul Fitr. If resumed, the sit-in may continue for an indefinite period of time.

During the period, the first option to submit resignations from the National Assembly will be utilised and the last option for the opposition parties would be to quit the provincial assemblies to jam the system.

According to the sources, all PDM parties, including the Pakistan People’s Party (PPP) and the Pakistan Muslim League-Nawaz (PML-N) have laid their focus on running a fierce movement against the government.