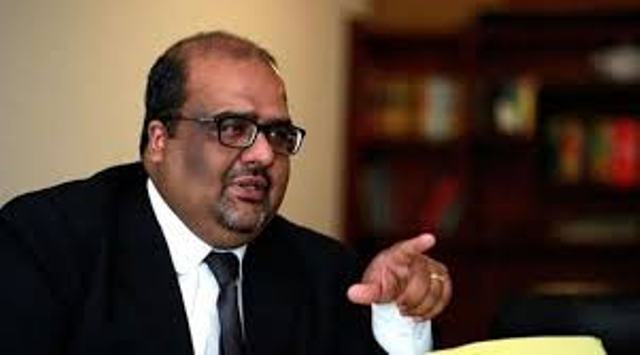 ISLAMABAD: Adviser to the Prime Minister on Accountability and Interior Mirza Shahzad Akbar on Sunday unveiled that the government had recovered Rs210 billion from land grabbers, 36 of which belonged to Pakistan Muslim League-Nawaz (PML-N).

Addressing a press conference at the Press Information Department (PID), he said that these people had been using political influence to occupy the government property, which caused huge financial loss to the national exchequer.

“We recovered Rs210 billion from 36 people mostly belonging to PML-N, during the last two-and-a-half years while illegal properties worth billions of rupees have also been recovered.”

He said that a total of above 8,000 acres of illegal land has been retrieved so far that is now being utilised for public welfare.

PML-N supeme leader Nawaz Sharif, he added, had introduced the politics of ‘changa manga’ and use of money in it for personal gain.

Through a rapid anti-corruption drive, the incumbent government succeeded in making these recoveries from the thieves who had been looting and plundering the national kitty during previous regimes, Akbar explained.

The PM’s adviser maintained that the government would utilise this money to introduce universal health insurance in Punjab and to provide free health facilities to citizens.

Punjab government and its anti-corruption department have played an outstanding role in the anti-corruption, drive which would continue in the future, he added.

Sharing a document containing the details of recoveries with media persons, the advisor said that the government had retrieved 2 kanal 11m land worth Rs92 million, along with penal rent worth Rs37.50 million, from Ghulam Dastagir, the father of PMLN-N lawmaker Khurram Dastagir, who grabbed the land on GT road and built a petrol pump in Gujranwala.

Dastagir also nabbed commercial state land measuring 1 kanal, worth Rs66 million along with Rs17.16 million penal rent, which has been used in his cinema land. Rent of the land amounting Rs54.66 million will be recovered from Ghulam Dastgir Khan, who is said to be on pre-arrest bail, the adviser said.

Similarly, illegal occupied state land under a floor mill, measuring 8.2 kanal and worth Rs34 million, was retrieved from PML-N leader Javed Latif. Furthermore, 30.16 kanal of illegally grabbed government land under his paper and board mill had also been recovered.

Malik Saiful Malook Khokhar, an ex-MNA of PML-N, illegally grabbed and fraudulently transferred over 1,025 kanal state land worth Rs70.78 million and sold it out to Punjab Industrial Estates Development & Management Company (PIDMIC) on very high prices. The said land had been retrieved from along with further 45 kanal state land worth Rs1.5 billion where Khokhar Palace was constructed illegally.

A case was registered against them in Lahore and the land had been retrieved, he added.

Mudasar Qayum Nahra, Azhar Qayum Nahra and Mazhar Qayum Nahra of the PML-N were accused of illegally occupying state land of 267 kanals worth Rs100 million which had been retrieved and Mudassar Nahra was arrested in December 18 last year.

Akbar accused PML-N MNA Mohsin Shah Nawaz Ranjha and his father of getting registered 13 exchange deeds worth Rs15.68 million to conceal “black money” and in exchange, no land was given. He said NAB Lahore was also inquiring about their “illegal” asset of 2,000-kanal orchard land in Sargodha worth billions of rupees.

Pakistan People’s Party (PPP) Secretary-General Nayyar Bukhari was accused of illegally grabbing 60 kanals of state land worth Rs48 million belonging to Quaid-e-Azam University (QAU). The land has been retrieved by the local administration.

The adviser stated that 25 acres of auqaf land in Moza Hardo Sabhni, worth Rs37 million, was recovered from PML-N MPA Mazhar Rasheed.

Sardar Sher Ali Khan Gurchani illegally occupied 7,560 kanal forest land worth Rs1,323 million, out of which 1,200 kanal worth Rs210 million was retrieved from him.

Speaking about the narrative of the parties that comprise the anti-government alliance, the Pakistan Democratic Movement (PDM), he said that the purpose of their protests was just to defend their looted money and get NROs.

Talking about the Senate elections, he said that the government had tabled a constitutional amendment bill in the National Assembly (NA) for open balloting, adding that the opposition parties had the opportunity to vote in its favour if they were sincere in the transparency of the electoral process.

Otherwise, they should present sound logic to the people for opposing it, Akbar said.

He said that the government is ready to hold talks with the opposition on every important issue except national reconciliation ordinance (NRO) or person-specific bill.

Counting on the PTI government’s development programmes, he said, “We aim at providing universal health coverage in Punjab till the end of this year.”