The nearly week-old administration has already signaled it plans to end support for the Saudi-led, UAE-backed offensive in Yemen, which is facing a humanitarian catastrophe 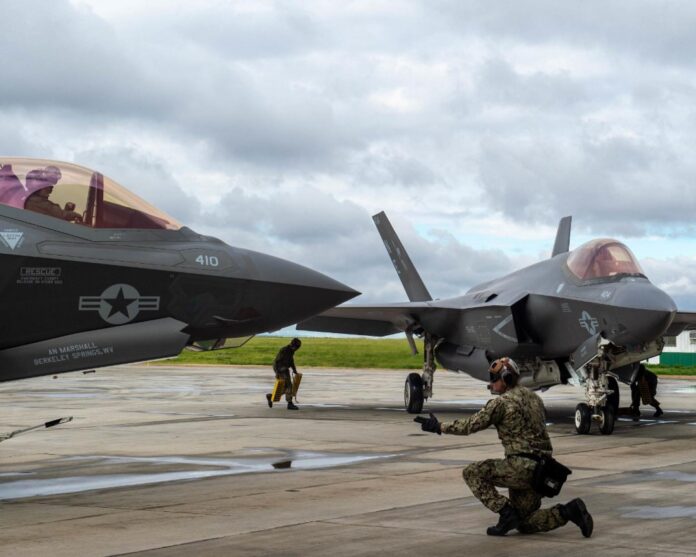 WASHINGTON: US President Joe Biden’s administration has temporarily frozen for review a massive package of F-35 jets to the United Arab Emirates and arms to Saudi Arabia, officials said Wednesday.

The nearly week-old administration has already signaled it plans to end support for the Saudi-led, UAE-backed offensive in Yemen, which is facing a humanitarian catastrophe.

A State Department spokesperson said the administration is “temporarily pausing the implementation” of a number of defense sales “to allow incoming leadership an opportunity to review.”

“This is a routine administrative action typical to most any transition, and demonstrates the administration’s commitment to transparency and good governance,” the spokesperson said.

The move is also aimed at “ensuring US arms sales meet our strategic objectives of building stronger, interoperable and more capable security partners.”

The most high-profile sale is a $23 billion package of top-of-the-line F-35 jets to the United Arab Emirates.

Former president Donald Trump’s administration agreed to the sale — the first of the stealth-capable planes to an Arab nation — after the United Arab Emirates agreed to recognize Israel.

A potential halt to the sale could raise questions about whether the United Arab Emirates will continue its normalization with Israel, which Trump saw as a key foreign policy achievement.

Lawmakers of Biden’s Democratic Party had voiced misgivings over the deal, fearing it would set off an arms race, but failed in the Senate to block the sale while Trump was in office.

The package to the United Arab Emirates also included unarmed drones, while the United States has been preparing major sales of munitions to Saudi Arabia.

Trump had explicitly backed arms sales on commercial grounds, saying that the Saudis were creating US jobs by buying from US manufacturers.

Secretary of State Antony Blinken said during his confirmation hearing that the Saudi offensive against Yemen’s Houthis has contributed to the dire humanitarian situation in Yemen.