Another group of Pakistani Hindus returns from India with shattered dreams 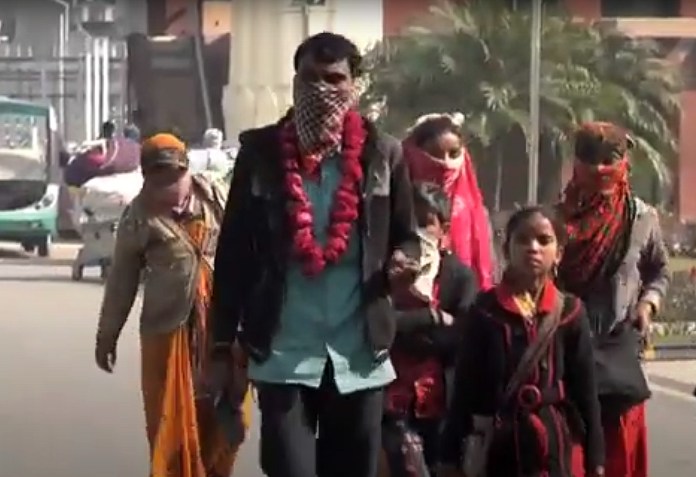 LAHORE: Another group of Pakistani Hindu families, which had migrated to India to seek better living conditions and economic future, returned here on Thursday.

The families were disappointed with their earlier decision of migration to India.

The families were earlier lured to migrate to India to start a new life with economic prosperity. However, after an experience of “horrific living conditions” in India, over 100 Hindus have returned to Pakistan in the past few months.

“We were far better placed here in Pakistan and had much greater financial status,” said Jesu Mal son of Radho Kachhi, who was utterly dismayed by the treatment given to them in India.

“We could not get any place or employment in India,” he said and added, “When we lived in India, we realized how much better our life was back in Pakistan.”

He said the entire family then decided to return to Pakistan. However, since the borders were closed owing to the Covid-19 restrictions, they had to stay much longer there.

The returning Hindu families would remain in quarantine for fourteen days before being allowed to return to their native hometowns.

Another of the returning Hindus, Rano son of Ramji, said, “We left Pakistan with dreams of a better future but what we witnessed in India was nothing but horrific.”

He said eleven of their community members were brutally murdered and the Indian authorities just dumped them. He added no one bothered to check with them regarding their requirements and no one told them anything about any of the promised employment opportunities.

“India only belongs to Brahmans. They treat the rest like dirt,” Rano further said.

To a question, he said still some Hindu families are in India but after witnessing the despicable living conditions, the murder of 11 Pakistani Hindus and attitude of locals, “I would request all to return home and live with dignity and honour in Pakistan.”

“I would never ever advise anyone to make the same mistake of migrating to India. We are lucky to be back alive,” Rano concluded.

Many members of the Pakistani Hindu community warmly welcomed the returning community members and presented them rose garlands as they walking back into Pakistan with high hopes for a better and secure future.