An Indian hand exploiting the situation 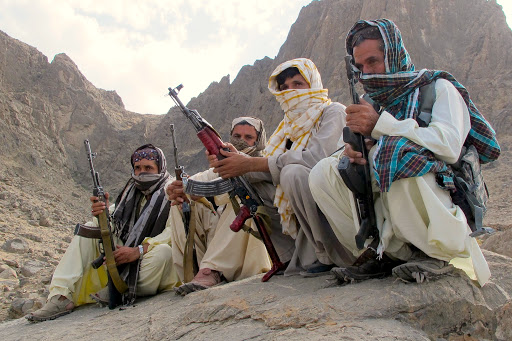 Throughout the year, we continue to hear horrific news of sectarian killings and foreign-sponsored insurgencies in Pakistan’s western region, Baluchistan. This year kicked off with yet another tragic news straight from the land of miseries about the killing of coal mine workers, who were the members of a minority Shia community, the Hazara.

Fleeing from their native region of Afghanistan to Quetta, some decades ago, was not the end of their plight where they had been initially persecuted at the hands of then King Abdur Rehman Khan. Later, when the Taliban took over the reign of Afghanistan, it further threatened their existence, as they continued to follow the Shia sect even though ruled by the hardline Sunni Taliban. With more killings, Pakistan welcomed another influx of Hazara migrants to Quetta, who could have breathed a sigh of relief, but in dreams. With lives at stake, the Hazara community has been forced to isolate themselves from the main city of Quetta, and have their abode confined to two ghetto towns.

The fears and threat they feel from being Hazara is spurred by thee genocide they have been facing for decades, and as young Hazaras dodge life threats, they have opted to settle outside Baluchistan to receive quality education for a better life and prosperous future. In past, the members of the community have also applied for asylum in the UK, and their government’s special guidelines for their safe transition and commitment to a speedy asylum process speak for Pakistan’s inability to protect its minorities.

Critics believe that Prime Minister Imran Khan’s cold response to the Hazara incident and the condition of burying the martyred coal miners before his visit to Quetta questions the presence of the “State of Madinah”, and challenges the quality of his statesmanship. Khan’s short-sighted aides might not see the backlash his government is facing internationally, as the world media tends to compare New Zealand’s PM Jacinda Ardern’s quick move, though political, in reaching out to her Muslim community following the Christchurch attack.

Khan’s political rivals swamped social media, questioning his government’s performance in restoring peace, and unresolved issues of the Hazara community, and Pashtuns of Baluchistan. This is not new for Hazara mourners to have Khan visiting them weeks after the incident, as last year, after the April 12 attack at Quetta’s vegetable market that claimed lives of 20 people including Baloch and Pashtuns as well, made Khan visit them after a week with repeated promises to ensure National Action Plan was fully implemented and hopes for a peaceful Pakistan.

Security officials maintained that their consistent efforts to carrying out actions against militant hideouts, and improved intelligence-based operations against perpetrators, have resulted in sporadic attacks on Hazaras, unlike in the past. Their commitment to eradicate militants with the help of intelligence agencies has wiped out Lashkar-e-Jhangvi elements inside and outside of Quetta, which were involved in Hazara killings. Also, with a great effort of the Pakistani media, and the Foreign Office, has disseminated quality literature, and briefings on Indian involvement in Baluchistan.

Despite the government’s reassurance to restore peace, and tightened security measures in pursuit of the NAP, the province still makes it to the breaking news of every news channel, reporting the latest ambush on security forces. And banned religious outfits funded by anti-Pakistan spy agencies gain momentum by targeting minorities like the Hazara community, as the pretext of Shia-Sunni differences is the easiest way to spur unrest in the province that could lead to Pakistan’s instability in the South-Asian region and attract global criticism on its human rights record. Recently, a former Indian army officer claimed, in an Indian televised interview, having close ties with Baloch separatist movement leaders, and confessed RAW’s staunch support in getting Baluchistan’s independence from Pakistan. Since this claim, there have been multiple attacks on Pakistan’s military personnel carried out by a Baloch terrorist organization. Also, the Indian newspapers confirmed the presence of the Baluchistan Liberation Army’s leaders in Indian territory, as they are lodged and have been seeking medical treatment for years. That said, that Indo-Baloch explicit connections backed by Indian intelligence agencies is one reason for sectarian killings, economic backwardness, and influence of Indian-funded Baloch separatist leaders like Brahamdagh Bugti, who asked for political asylum in Switzerland, but whose request was declined for having links with terrorist organizations, and support for militant activities in Pakistan.

Of course, with unmet security measures, and the Baloch separatist movement backing militant attacks on Chinese officials, has jeopardized projects under the CPEC, including the Gwadar port, in Baluchistan. A country marred by billion dollars of corruption by former incapable governments failed to provide an effective solution to resolve sectarian violence and separatist movements. The Indian media, swayed by the Modi government, slanders Pakistan for persecuting the Hazara community and accusing the federal government of depriving Baluchistan of its due share in the country’s natural resources. That is not all, but the fake news reports highlighting issues from political instability, economic turmoil to bomb blast and “CPEC invading Baluchistan” serves their agenda to propagate a false narrative against Pakistan globally. It’s not too long ago, when Indian Navy’s Commander Kulbhushan Jadhav, confessed his role in supporting terrorist activities and creating unrest with the support of RAW within Pakistan, which were executed through Baloch separatist leaders. Also, the Indian consulates in Afghanistan serve as command and surveillance centres, supervised by trained Indian Army officers, who are tasked to carry out terrorist activities, spy on Pakistan’s arsenals, and channel terrorists into Pakistan through the Pak-Afghan border.

However, security officials maintained that their consistent efforts to carrying out actions against militant hideouts, and improved intelligence-based operations against perpetrators, have resulted in sporadic attacks on Hazaras, unlike in the past. Their commitment to eradicate militants with the help of intelligence agencies has wiped out Lashkar-e-Jhangvi elements inside and outside of Quetta, which were involved in Hazara killings. Also, with a great effort of the Pakistani media, and the Foreign Office, has disseminated quality literature, and briefings on Indian involvement in Baluchistan.