PML-N supremo urges people to join opp's Jan 19 protest to save country from 'injustice'; PPP chairman wants case details to be made public 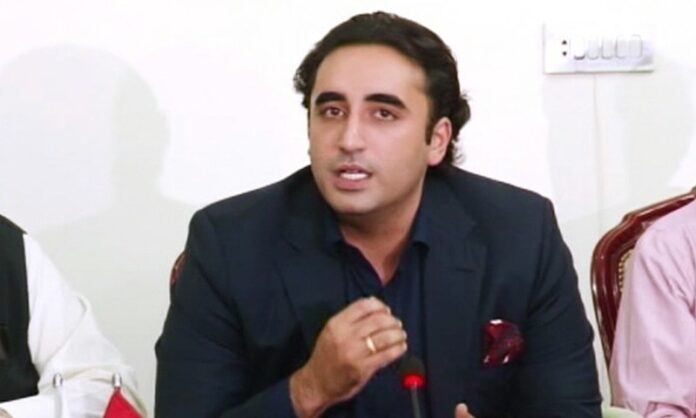 KARACHI: Former prime minister Nawaz Sharif said on Saturday that there was no doubt Prime Minister Imran Khan was “a criminal”, and that he was shifting blame on the agents managing two US companies registered on the latter’s orders in the PTI foreign funding case.

He said the Pakistan Democratic Movement (PDM) will protest in front of the ECP office in the capital on Jan 19, urging people to join the opposition’s march and to save the country from “injustice”.

“Why is the Election Commission of Pakistan (ECP) not taking action when the evidence is clear-cut?” he questioned, claiming that the nation “is protesting against the ECP’s negligence in fulfilling its Constitutional duties”.

Nawaz’s statement comes days after the PTI submitted a written reply to a questionnaire given by the ECP scrutiny committee in which it claimed that if any funds were collected illegally through the two US companies registered on Imran Khan’s written instructions, the responsibility lies with their agents managing the two LLCs.

Meanwhile, Pakistan Peoples Party (PPP) Chairman Bilawal Bhutto Zardari on Saturday demanded that the facts behind the foreign funding case against Pakistan Tehreek-e-Insaf (PTI) should be made public.

“There are very serious allegations that the PTI is a foreign-funded party. Their own member has raised allegations. But unfortunately, whether it is the court or the Election Commission, the truth has not been put forth before the people. This is why the Pakistan Democratic Movement will protest on January 19 outside the Election Commission of Pakistan and will demand that the case be taken to its conclusion and all the facts of the case be made public,” Bilawal said.

He said the people must be told which people from which countries “gave so much money to PTI”. He said if a citizen from India or Israel funds a Pakistani party, there must be a reason behind it, adding that it must be probed why this money was given to PTI and if the PTI did facilitate those people in any way or not since coming to power.

Bilawal said whether its Pakistan’s economy or its health sector, “our government has failed and this is why the people are suffering,” adding this is why PDM demands that they should step down.

He criticised the delay in the procurement of a vaccine by the government, saying that all the gains made during the fight against coronavirus in the earlier months of the outbreak will be lost at this rate. “The only solution to come out of this difficult situation is the vaccine,” he stressed.

He said Pakistan has made no arrangements for import of the vaccine, whereas India, Bangladesh and Western countries are moving very quickly to secure the vaccine. “The Sindh government was expecting to roll out the vaccine in January. We were told to be prepared by January so the vaccination can begin,” Bilawal said.
He said the Sindh government is prepared to ensure vaccination for frontline workers who are most vulnerable and the most important. “It seems we will have to wait for a long time.”

Bilawal said that his party will produce good results in the Senate elections as the party is ready to stand by any challenges. He claimed there are conspiracies at play to engineer Senate elections this time around, adding all the ‘ATMs’ will be asked to kick in.

He also claimed the rigging is being planned by means of introducing show-of-hands in the elections as this will controvert an institution. “We want to introduce transparency in the system instead. The transparency we seek to bring about is based on the democratic and constitutional values,” he asserted.

On the 2017 census matter, he said nobody knew about how Sindh was swindled in the head count but “we have been protesting the results ever since Pakistan Muslim League–Nawaz was still in power.”

February 27, 2021
In monarchies or dictatorships, the state generally employs a large portion of the employable population and periodically gives them different incentives. For example, in...