Shehbaz and Hamza are being victimised to take political revenge, says PML-N VP 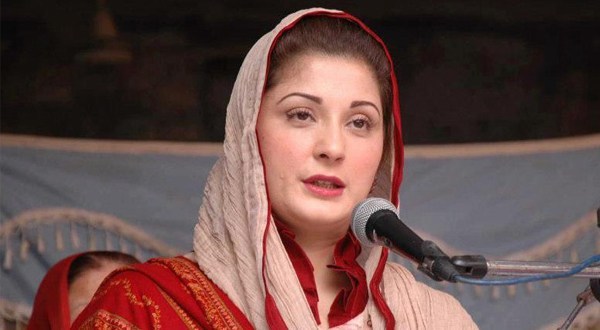 Talking to reporters outside Lahore’s accountability court, Maryam said, “The government tried to use Broadsheet against [former prime minister] Nawaz Sharif, but Allah Almighty has once again vindicated him.”

“They themselves have got trapped into it. They are so corrupt that they demanded a commission from the asset recovery firm,” she alleged.

She claimed that PM Imran considers Shehbaz as his alternative and that is why he has thrown him into a jail. “Both Shahbaz and Hamza will definitely come out of the jail and take part in politics too,” she said.

She further said that PM Imran is an inexperienced player and he will be left alone this year, adding that his advisers and ministers “have started to understand the truth.”

Responding to a question, Maryam said that the opposition parties would hold a big protest outside the Election Commission of Pakistan (ECP) on January 19. “The PDM will decide about the sit-in after January 31,” she added.

When a reporter asked about PPP Chairman Bilawal Bhutto’s planned absence from the ECP protest, Maryam said she is unaware of it.

Earlier, Maryam arrived in the accountability court to meet Shehbaz and Hamza, where the hearing of the money laundering case was underway. She and Shehbaz kept whispering to each other. The sources said that Maryam apprised Shehbaz of Nawaz’s message and health condition during the meeting.

Some PML-N workers had clashed with police personnel after being stopped to enter the accountability court’s premises. The political activists, including female workers, were seen pushing the on-duty police officials, who were trying to stop them from entering the court building.