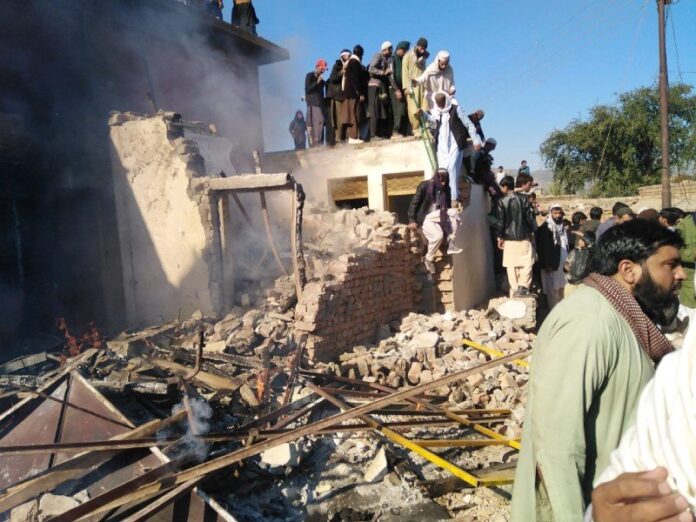 ISLAMABAD: Asking India to put its own house in order on the issue of minority rights, Pakistan has categorically rejected completely unwarranted assertions by the Indian Ministry of External Affairs in connection with the attack on a historic Hindu temple in Karak.

In a statement released on Saturday, Foreign Office Spokesperson Zahid Hafeez Chaudhry said that this is not the first time the Indian government has tried to feign concern for minority rights elsewhere while being the most egregious and persistent violator of minority rights itself.

He said the RSS-BJP regime’s record is replete with instances of gross and systemic violations of the rights of minorities, in particular, Muslims. The spokesperson said that as a perennial purveyor of state-sponsored discrimination against its minorities, India is in no position to pontificate on the issue of minority rights elsewhere.

He said that clear differences between India and Pakistan in respect of minority rights can be gauged from the fact that the accused in the Karak incident were immediately arrested and orders were issued for repair of the temple. Moreover, the highest level of judiciary took immediate notice and senior political leadership condemned the incident.

Whereas in India, the blatant acts of discrimination against Muslims and other minorities take place with state complicity. Given these incontrovertible facts, the spokesperson said that the Indian government would be well advised to set its own house in order rather than feigning concern for minority rights elsewhere.

India had reportedly conveyed “serious concerns” to the Pakistan High Commission in New Delhi at “repeated instances of similar nature against members of the minority community,” after the Karak incident.

The incident took place last Wednesday, when a mob, reportedly led by clerics, vandalised and later set a Hindu temple on fire in the southern Karak district of KP. The temple, though no longer functional, is considered a revered pilgrimage site by the Hindu community.

A day later, Chief Justice of Pakistan Gulzar Ahmed took notice of the desecration of the temple as police began rounding up dozens of suspects – including the cleric who had instigated the attack. The top judge also directed the One Man Commission on Minorities Rights, the provincial chief secretary and police chief to visit the site and submit a report on the incident, according to a statement issued by the apex court.