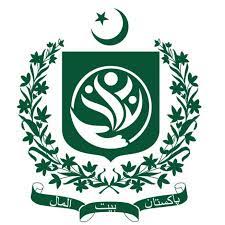 ISLAMABAD: Pakistan Baitul Mal (PBM) has decided to launch a pilot project to facilitate orphan children accommodated in the Sweet Homes across the country to pursue their education up to graduation level.

“Earlier, the PBM Sweet Homes (Orphanages) were catering to the educational needs of these orphan children till Matric level but now the pilot project is being launched to help them acquire education till graduation level”, Managing Director PBM, Amir Fida Paracha said in an interview with APP.

Presently, 51 Sweet Homes operating across the country were catering the needs of 4355 orphans in terms of their accommodation, education and well-being through adopting a modern welfare approach.

Amir Fida Paracha also revealed that PBM, under his supervision, has planned to set up a technical school along with each Sweet Home so that those children who could not get education or lack the tendency to get formal education can be equipped with vocational and technical skills to become able to earn for themselves and their families.

To address the issue of increasing child labour in the country, the MD PBM said that 159 Schools for Rehabilitation of Child Labours (SRCLs) across the country were working to withdraw children from their workplaces to bring them into the mainstream education through non-formal means of education.

The children passing out from SRCLs are admitted to the government schools for education up to Grade-VIII through a PBM grant of Rs. 4,100, he said.

About the Orphans and Widow Support Program (OWSP), the MD PBM said the program which is a Conditional Cash Transfer intervention was basically designed to provide financial assistance to widows with a focus on orphans, especially girls education.

The OWSP provides Rs. 8000 per month and Rs. 16,000 per month to families having one child and more than one child respectively upon meeting compliance of 75 percent school attendance. “A total of 692 families have been paid an amount of Rs. 23.598 million since December 2020”, he said.

About the expansion of Women Empowerment Centers (WECs), the MD PBM said that around 163 WECs were operating across the country to provide free vocational training to widows, orphans and poor girls in modern trades like Dress Designing, Embroidery, Basic and Advance Computer Courses, Fabric Painting etc. with a stipend of Rs. 50/ per day on attendance basis through biometric system.

However, he has conceived an idea to expand the scope of WECs, earlier established at the district level, to the Tehsil level.

February 7, 2023
Work ethics refers to a set of moral principles, values, and attitudes concerning how to behave at work. The discourse of labour in Pakistan...