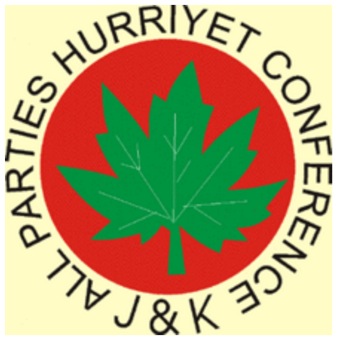 ISLAMABAD: The All Parties Hurriyat Conference Azad Jammu and Kashmir (APHC-AJK) chapter has welcomed the statement of Pakistan’s new Chief of Army Staff General Asim Munir regarding India and Kashmir, saying his assertion is a ray of new hope for the Kashmiris and it will further boost the morale of the people of Kashmir.

General Asim Munir during his visit to Rakh Chikri Sector of the Line of
Control on Saturday said, “We have noticed highly irresponsible statements
from the Indian leadership on Gilgit-Baltistan and Azad Jammu and Kashmir
recently and any misconception resulting in a misadventure will always be
met with the full might of armed forces having support of the resilient
nation.”

The APHC-AJK General Secretary Sheikh Abdul Mateen in his statement on
Sunday said General Asim Munir’s clear message to India has created a stir
in the Indian houses and has given the oppressed Kashmiris a new voice.

He said India will never succeed in its nefarious designs, adding Indian
atrocities in illegally occupied Jammu and Kashmir could not suppress the
ongoing freedom movement. He added that innocent Kashmiri youth were being
arrested and the houses of Hurriyat leaders and activists raided but such
cruelties would not subdue the freedom sentiment of the Kashmiri people.

Sheikh Abdul Mateen said India should accept the facts and fulfill the
promises made to the Kashmiri people and it is the responsibility of the
conscientious people of the whole world to raise their voice against the
injustices in Kashmir and play their role in granting the Kashmiris their
birthright to self-determination.

Meanwhile,Raids by the New Delhi-controlled State Investigation Agency (SIA) have become a norm in Indian illegally occupied Jammu and Kashmir as it once again raided multiple locations in the territory.

A report released by Kashmir Media Service, today, said SIA sleuths along
with Indian paramilitary personnel frequently raid homes of Hurriyat
leaders, human rights activists, journalists and even ordinary people in
IIOJK and harass the inmates during the raids.

It said the SIA is notorious for implicating and punishing the Kashmiris in
fake cases and its raids in the occupied territory is a revengeful policy to
silence the voice of Hurriyat leaders and activists.

Freedom-loving Kashmiris are being implicated in fake cases by the Indian
agencies to break their resolve but would never succeed and the people of
Kashmir would continue their struggle for right to self-determination, it
maintained.

The report said Kashmiris are being put behind the bars for no crime other
than political beliefs. It said framing fake cases against them is mere
frustration of the Modi regime and urged the global human rights’ bodies to
take notice of unlawful detentions in the occupied territory.

February 7, 2023
QUETTA: Deputy Consul General of Iran Pir Lorin on Tuesday said that Pakistan-Iran relations have always been exemplary and Iranian territory would not be...