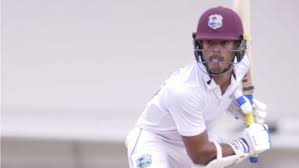 CANBERRA: West Indies got much needed time in the middle on the final day of their four-day, first-class match against the Australia Prime Minister’s XI at Manuka Oval in Canberra.

Tagenarine Chanderpaul top-scored with 56, leading the touring side’s pursuit of a target of 309, which also saw Devon Thomas punch a confident 55 and wicketkeeper Joshua Da Silva, a confident unbeaten 52. Chanderpaul’s knock came on the heels of his first innings 119 and earned him Player-of-the-Match award.

West Indies appeared poised to win the day/night contest at 177-3 but lost a cluster of wickets to see their challenge derailed, finishing on 277-8.

The left-handed Chanderpaul carried his side’s chase, stroking five fours and a six off 138 balls as he put on 46 for the second wicket with Nkrumah Bonner (12) and a further 34 for the third wicket with Thomas whose 93-ball innings included four fours and a six.

Chanderpaul was eventually third out, left-arm seamer Joel Paris earning an lbw decision against him, but Thomas picked up the mantle, adding 58 for the fourth wicket with left-hander Kyle Mayers (20).

The unflappable Da Silva then anchored perhaps the key stand of the innings when he posted 48 for the seventh wicket with Alzarri Joseph, whose 31 came from 73 balls and included four fours and a six.

Da Silva faced 124 balls and counted half-dozen fours in the partnership which took crucial time out of the final session and frustrated the hosts.

By the time Joseph steered pacer Mark Steketee (3-56) to gully and Kemar Roach gloved the same bowler to first slip 11 balls later without scoring, the end was already in sight and Da Silva partnered with the injured Raymon Reifer (0 not out) to keep out the last 55 balls of the match.

West Indies will play the first Test against Australia at the Perth Stadium in Western Australia from 30 November to December 4. The second Test will be at the Adelaide Oval in South Australia from 8 to 12 December. This will be a day/night fixture played under lights. It will be the first pink ball Test for West Indies in Australia. The two teams will compete for the prestigious Sir Frank Worrell trophy.