A new social contract is needed 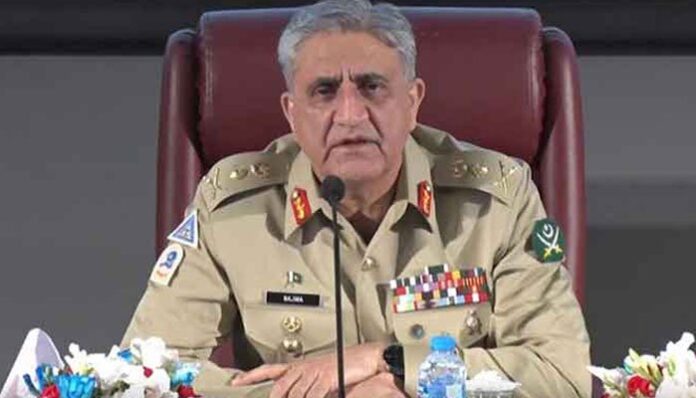 COAS Gen Qamar Javed Bajwa, while addressing the passing-out ceremony of cadets at the Pakistan Military Academy Kakul, directed the newly commissioned men in uniform to respect the democratic institutions and be always ready to defend the territorial integrity, sovereignty, and Constitution of Pakistan with their lives.

This statement from the chief of the Army is very encouraging because the Army has a long history of abrogating the Constitution of Pakistan and then standing behind those who nullified the Constitution. One can remember the incident punishment announced by the court to former OAS Gen Pervez Musharraf for abrogating the constitution of Pakistan and the swift and strong reaction that came from the Pakistan Army against the verdict on 19 December 2019, when the then Director General Inter Service Public Relations of Pakistan Army said that the military had expressed its reservations after Musharraf was sentenced to death by a special court for high treason and the decision given by the special court had been received with a lot of pain and anguish by rank and file of Pakistan Armed Forces. He was of the view the Pakistan Army was not just an institution. It was a family. “We know how to defend the country and also know very well how to defend the respect and dignity of the institution. But for us, the country comes first and the institution second”, he added.

I remember General Musharraf used to call the Constitution of Pakistan “just a piece of paper”. I also remember that the abrogation of the 1973 Constitution by Gen Ziaul Haq, therefore I consider the statement of COAS Qamar Bajwa as an excellent beginning of the new military-parliamentary relationship and I hope cadets who would be officers soon would esteem in the future what their chief had directed them.

We cannot live in the past and we have to move forward. That is why I consider that civil and military relationships need a “New Social Contract” and massive amendments are needed in the Constitution of Pakistan and in the Establishment Code.

The abrogation of the 1973 Constitution is an act of High Treason and the punishment can be a death sentence. Is it not a very harsh punishment? Is it a healthy approach to protect someone even if he abrogates the Constitution of Pakistan? After every martial law, the courts tailored justifications for acts of abrogation of the Constitution. Was it not a partnership in the crime? Why, under civilian as well as under military rules, the rich are becoming richer and the poor becoming poorer and the country slowly but surely heading towards economic collapse?  Is it not a pertinent question that also needs an answer? Greed for power is playing havoc with the country almost in all sections of the administrative structure and even a peon behaves like “British Gora” when a poor and powerless person asks him to allow to meet the “Sahib” sitting in an office.

Economically vulnerable, depending mostly on the real estate industry that is eating out agricultural lands, disproportionate population growth, depleting natural resources like gas, facing the brunt of climate change and natural disaster, foreign-sponsored terrorism, having a redundant administrative system, ever-increasing corruption are huge challenges Pakistan is facing, and the expanding civil-military relation faultline can be more disastrous than we can imagine today. The only way out is a New Social Contract approved by all stakeholders, including the common man, who is the real victim of whatever the system is bringing to him.

After 35 years in journalism I have a firm belief that the entire (social, administrative, moral, and economic) structure of the country is crumbling and nothing good can be contracted out of this redundant system. The public blames politicians for the collective disaster and politicians blame the Army for all ills and Army after every abrogation of the Constitution of Pakistan said that the state was in danger and all civil institutions were corrupt and non-operational so it came to rescue the country from collapse. Can we survive with such a long thread of blame games?

From morning to evening we see that the corrupt are rewarded and the honest are facing the brunt of corruption. The first idea of Social Contract we find in Political Philosophy came from Socrates.  The dialogue between Socrates and his wealthy friend Crito of Alopece is written by the Greek philosopher Plato who was a student of Socrates. In this dialogue, Crito wants to bail out Socrates from the death penalty he is facing and Crito also offered Socrates to arrange his escape from Athens to avoid his death, but Socrates tells him why his death by drinking poison is important for society and why he must remain in prison and accept the death penalty. This dialogue tells us about justice, injustice, and the appropriate response to injustice.

In this dialogue, Socrates believes injustice may not be answered with injustice, personifies the Laws of Athens to prove this, and refuses Crito’s offer to finance his escape from prison. Socrates tells us that society cannot live without unconditional obedience to the law of society even if laws are unjust. If they are unjust, they must be amended but the obedience to laws must be unconditional till they are ruling society. This dialogue is considered the core of the Social Contract Theory that the majority of governments follow today.

Unfortunately, in societies like Pakistan, laws are obeyed only by the poor and powerless while the rich and powerful give a damn about them. Although I am a strong supporter of the parliamentary system I have to believe that Parliament has failed to amend laws that are redundant and support only the powerful, like the Criminal Procedure Code, while the judiciary looks helpless to follow written laws and finds the “Law of Necessity” to bail out powerful and the State machinery, the administration, looks as if it has totally failed in ensuring the implementation of the laws.

Economically vulnerable, depending mostly on the real estate industry that is eating out agricultural lands, disproportionate population growth, depleting natural resources like gas, facing the brunt of climate change and natural disaster, foreign-sponsored terrorism, having a redundant administrative system, ever-increasing corruption are huge challenges Pakistan is facing, and the expanding civil-military relation faultline can be more disastrous than we can imagine today. The only way out is a New Social Contract approved by all stakeholders, including the common man, who is the real victim of whatever the system is bringing to him.

January 29, 2023
ISLAMABAD: The prime minister, Shehbaz Sharif, has condemned the desecration of the Quran by a far-right Danish politician, calling for global unity to combat...