Swat between conflict and peace

The talks and the militant takeover are shrouded in mystery 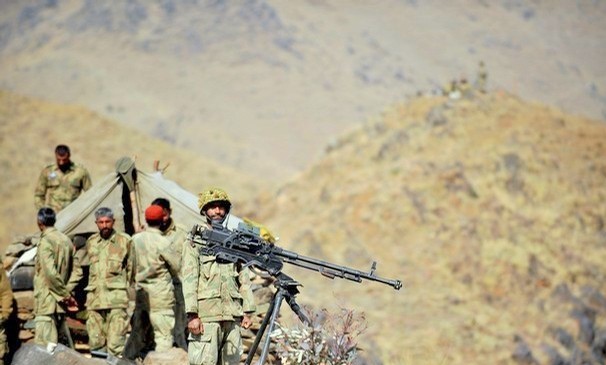 Triumphant in the face of 2005 disastrous earthquake, and dreadful Talibanization coupled with the 2010 floods’ destruction, Swat is again on the verge of becoming a conflict zone. The Army has been sent to the idyllic valley. News channels are broadcasting the recent emergence of the erstwhile inhumane characters. The scary voices from around the country are portraying Swat as one of the places fallen to the militant group. But amidst these fearful circumstances, the valley and its people are adamant about their commitment to peace and prosperity.

Several civil society protests held at different points rejected peace disrupting forces and asked the government to tighten the security of the region. The populace called on the state that any menace to the peace of Swat must be dealt with iron hand before it wreaks havoc on the people as was the case in the past. Protesters held that Swat has been a spot where outsiders played with the lives and property of the natives. Businesses, infrastructure, education, crops, and communication were severely affected by the operations against the militants but this time no room shall be granted to the militants in Swat, and no state policy that may endanger the security and peace of the valley will be tolerated.

The resurgent Taliban has held places in the native city of the incumbent chief minister, Matta tehsil of district Swat. The provincial government at first did not respond to the calls of the locals who demanded an operation in the nearby mountainous areas where strangers had been seen by many natives. But the video of a DSP and a few soldiers went viral, who had been abducted and beaten by the Taliban, making the government realize the gravity of the situation. Moreover, after such brutality shown by the militants the law enforcement institutions are still confused about taking action against the TTP members.

The state should make a prudent move in the current crisis that is looming large amidst the shambled economy and political instability. The residents of Swat and other natives of KPK must be informed about the development that is taking place in the neighboring country with the militant group, as any foul move can directly jeopardize the security of the concerned populace. The people of Swat demand a strong operation against the militants’ hideouts and these natives firmly stand against any group. The recent protests show that the people of Swat are united and committed to the cause of peace. Nothing can stand between the people of Swat and the peace that they have achieved by laying thousands of lives.

Almost 200-250 militants are reported to be staying in the nearby hills but given the talks and a ceasefire truce with the militants in the neighbouring country the law enforcers are confused about whether to take strong action or not. Although the military has been sent to the valley and the olden police checkposts have been revived still the gravity of the situation is not handled completely.

The resurgence of the militant group has created a wave of fear and panic in the residents who have already experienced the former saga of Talibanization. Upper Swat which is one of the top tourist spots in the country is also affected in terms of tourism. Hotels, restaurants, other tourist resorts, and places have fallen vacant in the wake of the Taliban episode. It too should be noted that the tourists’ spots are in the Upper Swat, which is far from the Matta, where the militants have appeared. The security and peace of the upper region, such as Bahrain and Kalam, are intact but the fears that are created by the top channels’ programmes on the current resurgence of the Taliban have exacerbated the fears of the people.

According to media sources, a checkpoint has been made on Balasoor top in the Matta tehsil. The locals claim that there are several checkpoints in the surrounding mountainous areas. The locals in the recent protests also proclaimed that the Swat is not crossing any foreign border and such an influx of the terrorists must have been backed by some state authorities because without state support no terrorist can enter and go deep into the state region. However, the government should acquaint masses regarding the negotiations that the state is saying have entered into the final round. Any deviations from the aspirations of the locals of the KPK will not be accepted, the protestors remarked.

Usman Torwali
The writer is a freelance columnist