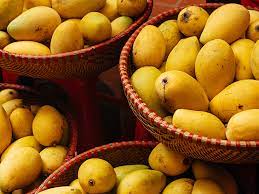 Consul General of Pakistan in Shanghai, Hussain Haider has said there was a plan to establish long-term relations between Pakistani mango exporters and Chinese mango importers.

The Consul General highlighted that in an interview with China Economic Net (CEN) after the great success of the 2022 Pakistan Mango Festival and Pakistan Promotion Conference held on August 1, in Shanghai.

There has been an obvious decline in the production of Pakistani mangoes this year due to harsh weather. Almost a 60% decline has been observed.

However, Hussain Haider gave a positive response, saying that the normal output of mangoes in Pakistan equates to 1.8 million tonnes per year, and exports comprise 150,000 tonnes of it.

So, although production has decreased, there is still adequate capacity for export.

Though the mangoes that Pakistan exports to China on a commercial basis are not of a substantive quantity, in 2021, supply almost increased by 10% in comparison to 2020.

When informed that the Chinese market already consists of mangoes imported from other countries in much larger quantities, how will the production of Pakistani mangoes compete in China? Our mangoes have a distinct advantage in taste and aroma, which you will not see in the mangoes from other countries, Hussain Haider replied in confidence, adding that Pakistan would have to sustain marketing efforts.

This year, we invited not only Chinese consumers but also Chinese companies in the mango industry. Our purpose was to establish long-term relationships between Pakistani exporters and Chinese mango importers.”

December 9, 2022
QUETTA: Jamiat Ulema-e-Islam (JUI) chief Maulana Fazlur Rehman said Friday that a political and economic situation in the country was possible if all...