The TTP returns to Swat 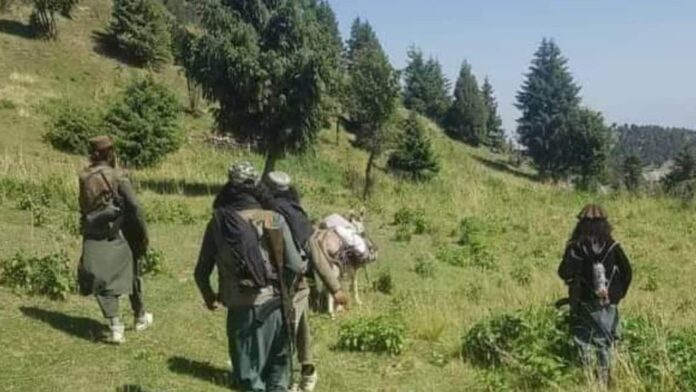 Pakistan’s history is witness to the hard fact that whenever the political processes are animated; it is the civil society which suffers at the hand of the state and the state institutions. When such a vacuum is created by pushing out of the scene a select band of political forces which do not seem to agree with the managers of the state; than it is natural that forces which are pressure groups are given more weightage.

Research into the historical developments suggests that even the so-called “home rule” category civilian set-ups tolerated by the dominant powers, it has been the pressure groups which have stolen the show due to the nod from the real powers.  As the Pakistani media, intelligentsia and the civil society see with helplessness the emergence of Taliban in Swat under the banner of the Tehrik Taliban Pakistan; one must not lose sight of the fact that it was the PPP under Benazir Bhutto in 1993, which gave the Tehrik Nifaz Shariat Muhammadi (TNSM) under Sufi Muhammad the required legitimacy by accepting its demands for the enforcement of Shariat in the specific areas of then NWFP.

That arrangement continued till 9/11. It was in fact the developments post 9/11, specifically the US campaign in Afghanistan against the then Taliban government; when the TNSM issued a Fatwa and encouraged people to cross over the Durand line to aid the crumbling Taliban regime; which prompted the then military government to reverse that movement’s fortunes. Sufi was arrested and released only when he had supposedly renounced violence. However, it should be a matter of inquiry for the students of political science and history that while the Musharraf regime had hard stances against the political forces of that time; it was tolerating before 9/11 not just the Afghan Taliban; but also, TNSM. Despite the famous volte face of allowing airspace access to the USA, it was still tolerating that local outfit; until it proved to be an utter embarrassment for the Pakistani state after 7 October 2001, the start of the US campaign in Afghanistan.

Fast forward to 2008 when in the aftermath of the Lal Masjid fiasco in July 2007, the Pakistani security forces came under the hardest onslaught ever from any group militant or otherwise in its 75 years history. To refresh readers; enough resources on the web can point out how the Pakistan Air Force Mirages strafed the Baloch tribal rebels in the 1973 to 1977 period; while the reprisals were almost nil. Similarly, in the follow-up of Akbar Bugti unceremonious killing, again by involving the aviation resources, the outcome were not retaliatory attacks, rather the security forces, in a bid to preempt, resorted to extrajudicial killings. The TTP onslaught post-Lal Masjid was indiscriminate; with the religious group showing utter disregard of the very dictates of Islam tha they claimed to represent; attacking civilian targets along with security forces.

It is equally ironic that in 2009; talks again started with the TTP people under the so-called will to mainstream them. It was not before that the military establishment rightly thought that time for negotiations was up; a full-fledged operation with air and ground resources was launched. Without doubt it was a carefully planned operation where hand-to-hand combat with militants was planned meticulously.

Given the apprehension of the opposition leader in his presser against the arrest of his confidante; about the rise of Taliban in the tribal belt, the state needs to come clean during these trying times.

With such operations undertaken, the danger of retaliation was always there. The fall of 2014 and the APS attack convinced the key decision makers within the power corridors in Rawalpindi that the idea of mainstreaming them was in fact an exercise in futility.

The military campaigns of 2009 and 2014 were helpful in cleansing the areas of the scourge of extremist militancy. There were sporadic attacks which are part and parcel of the “cooling” period after neutralization of militant movements. During the same period; the rise of ISIS the world over did gave Muslim societies around the globe, few uncomfortable moments. Pakistan had its taste in the form of Ismaili Shias massacred in Karachi.

However, the intelligence-based efforts were fruitful in avoidance of any similar massacre hitting the Asna Ashari Shia Muslims; whom incidentally the international militant group was battling in the Syrian and Iraqi hand-to-hand combat theatres during much of the 2014 to 2018 period.

Given the fact that the situation was very much under control in the tribal belts since then, the rise of the Taliban and their almost walk-over into many places in Swat has raised alarm with the civil society circles as well as the inhabitants of the area. The TTP presence in Matta in Swat, there arresting the Pakistani security forces and the tribal Jirga facilitating the release of these men is a development, which has the potential to send shivers into the spines of any concerned Pakistani.

The biggest question mark here is, whether these incursions are part of the give and take between the TTP and the established order. Just a week ago Mufti Taqi Usmani was in Afghanistan meeting the TTP and specifically Khorasani. Though the state was silent on the outcome of the dialogue, the drone attack killing Khorasani and the return of Taliban in Swat and their accommodation into the Jirga setup raises questions as well as skepticism.

It would not be out of context to suspect; or fear that the regime of “good” and “bad” Taliban is again gaining currency in Pakistan. The episode; the way it is treated by the established order with complete repulsion to explain to the bewildered public, what is actually happening in Dir and Swat.

There can be two logical explanations. Either the state is too weak or preoccupied with political war gaming to look into that aspect. The other can be the silent mainstreaming of the group without any political debate or discourse at the parliamentary level. In the past, despite the dominance of the established order in the ‘home’ rule category political governments, Parliament has been kept in the loop in one way or another, especially under the banner of the special committee on Defence. The political chaos has in fact exposed the state to a threat which can plunge the country into a crisis which is ill affordable in the current circumstances.

The accommodation of Taliban in a phased manner by the USA, the changed body language of Taliban with groups in Afghanistan; whom they suppressed during their last rule in 1996-2001 period, and the renewed vigour in the somewhat half-dead TTP are not good omens for the already shaken polity and society of Pakistan. Another point of concern is while the rabid militant groups have been accommodated a number of times in the post 1971 Pakistan, the state was shy in talking to East Pakistanis, or the other federating units when there was any point of contest between the centre and the unit in question.

Given the political history of the country, where such pressure groups are manipulated by the state to neutralize the political opposition to the system, such groups with their singular strategy of threat can help the establishment neutralize any political group, which dares to violate the lines drawn by the established order.

Given the apprehension of the opposition leader in his presser against the arrest of his confidante; about the rise of Taliban in the tribal belt, the state needs to come clean during these trying times. Failure to do the needful can only help widen the gulf between the public on the street which is already alienated. Any unabashed accommodation of the group which has blood of so many Pakistanis on their hands is nothing short on an insult to the countless martyrs and their aggrieved dear ones.