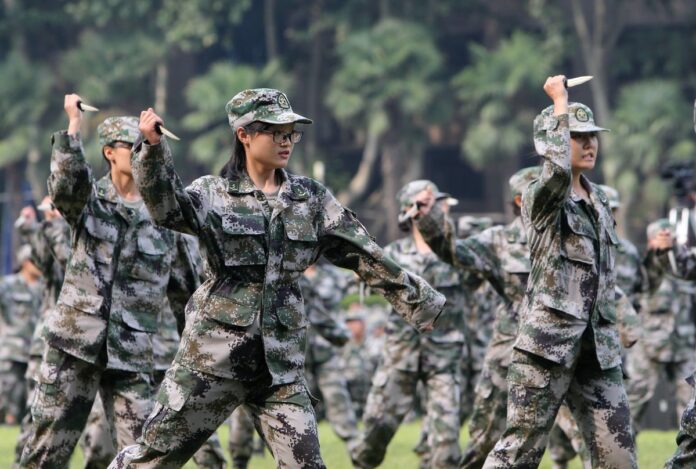 The Taiwan crisis will be a flashpoint between China and the USA. China considers Taiwan its territorial part, while the USA has long maintained a policy of “strategic ambiguity” and has contended with the ‘One China’ policy for more than a couple of decades. But US President Joe Biden asserted that the USA would protect Taiwan militarily in the face of Chinese invasion. However, the US State Department clarified this later that the USA has not changed its policy, yet US House Speaker Nancy Pelosi’s visit has added insult to injury, provoking China to demonstrate its military prowess in the Taiwanese waters.

With growing concern about confrontation, the USA and China will play chicken in the Taiwan Strait. Any strategic miscalculation can cause escalation. The collision of two great powers, with gigantic economies and militaries, shifts global tectonic plates in such a way that will smash everything off for good. War between the US and China will be different from those of the previous big powers. It will not only be costly, but abominably horrific!

It is obvious that the USA cannot stomach taking the bull by the horns, so it will provoke China through pulling its tail now and then. The USA has created a ring of regional alliances— Quad and AUKUS— around the periphery of China to strategically harass it, but these alliances lack proficiency to contain China or browbeat it. Therefore, the USA tries to irritate China through meddling into Taiwan affair, which is China’s Achilles’ heel.

The US-China tensions have abominable ramifications on global peace and stability. The Ukraine crisis and the covid-19 pandemic have already sent the world economy in shambles, and another crisis in the Taiwan strait will aggravate the situation. In addition to this, cooperation on ecological degradation, nuclear proliferation, pandemics, and global inequality will be unattainable in a confrontational environment. Both powers should resolve their differences through deft diplomacy and dialogue.

What are the strategic objectives of the USA in Taiwan? Protecting democracy in Taiwan is not the rationale behind the US changing policy, but to control the South China Sea and to be the dominant power of the Pacific waters through alliances, which consider China as a rival power. Moreover, the USA intends to get China embroiled into a war that should shatter its economy. As a result, the US breaks the resistance of the enemy even without fighting. Similarly, war will ignite a domestic chaos in China that may cause the fall of the Chinese Communist Party (CCP) rule, which is a thorn in the USA’s flesh.

It will be a repeat of the tragedy that is afoot in Ukraine. After the Ukraine war, Russia will be a declining great power as this war consumes its energy considerably. Russia will not compete with the USA in the long run because the Ukraine war not only shatters its economy, but its manpower, its national morale, institutions, military, and industries, which are some elements of national power.

In the same way, China will pay a heavy price if it attempts to occupy Taiwan by force. Its economy will receive a major blow by the dint of war. Switching economic power to military prowess will have horrendous repercussions on its growing might. Though the USA will not engage in direct military confrontation, it maneuvers to get rival powers engaged in costly wars to prevent its own decline through arresting the rise of other potential peers. As an illustration, it happened during the World Wars of the 20th century as the USA maintained a policy of isolation for sometime, but it provided belligerent powers with arms and ammunition to fight. Hence, the USA preserved its energy that enabled it to be the global dominant power after the wars.

Similarly, the twin crises— Ukraine and Taiwan— will be a blessing in disguise for the USA. The USA will not protect Taiwan militarily, but supply arms and ammunition to the Taiwanese army to fight its own battle as the Ukrainian army is doing against Russia. It is a deliberate US policy to provoke China to use force against Taiwan and the USA will help Taiwan to get independence. It will be a fool’s errand for Taiwan if it tries to clash with China just for the strategic objectives of the USA. However, geopolitical tensions of great powers are sometimes opportunities for smaller powers to cash in on the opportunity of great power rivalry to attain their national interests. But such a chance strikes only once in a blue moon.

The US-China tensions have abominable ramifications on global peace and stability. The Ukraine crisis and the covid-19 pandemic have already sent the world economy in shambles, and another crisis in the Taiwan strait will aggravate the situation. In addition to this, cooperation on ecological degradation, nuclear proliferation, pandemics, and global inequality will be unattainable in a confrontational environment. Both powers should resolve their differences through deft diplomacy and dialogue.

‘Mankind! We created you from a single (pair) of male and female, and made you into nations and tribes that you may know each...
Read more
Comment

China’s claim on Taiwan carries a certain wisdom. Colonialism by Western powers has wreaked havoc across Asia, Africa and the Arabian peninsula. Taiwan would...
Read more