The TTP problem has not been solved 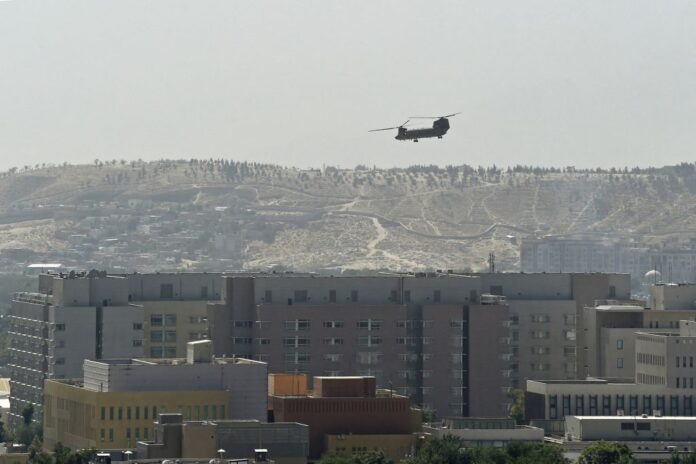 August 15 is the date that would be remembered in history because, by the mid-day of this day, the Afghan National Army (ANA) fell down like “House of Cards” and surrendered its weapons to the Afghan Taliban who ultimately entered Parliament House in Kabul and the US-sponsored President Ashraf Ghani ran away with bags of ill-gotten money to a neighboring central Asian country.

Since the USA ran away from Kabul, Afghanistan is facing disaster after disaster without receiving adequate help from neighbours or from international humanitarian bodies. Famine, hunger, unprecedented floods, earthquakes, and pandemics are unfortunate realities Afghans faced during the last year but the USA did not release over $ nine billion to the Afghan people the USA has in its banks. We must remember that 80 percent of the Afghan economy was foreign funding and foreign donations when US-sponsored governments were operating in Afghanistan. Suddenly, this 80 percent went out of the Afghan economy, leaving almost nothing to survive economically.

Pakistan is also facing unusual circumstances since US forces ran away before terrorist outfits Pakistan defeated them by sacrificing the blood of over 80,000 citizens and over 6,000 sons in uniform, but they are compelling Pakistan again for negotiations and dialogue for granting peace to a nation of 220 million people. In past, no negotiations brought results for Pakistan and it had to purge terrorists with military might but the situation is reversing and terrorists are gaining ground in Pakistan while operating from Afghanistan.

Let’s have a review to understand ground realities in Afghanistan one year after the Fall of Kabul. No country has recognized the Interim Afghan government so Kabul has still not connected with the global economy.

The US strategy for the Afghan war since its inception in October 2001 was under fire by military experts and the reemergence of the Taliban confirmed the US war strategy for Afghanistan was not based on reality but rather inspired by taking chances and shifting goal posts. Theconflict costing over $2.26 trillion to the US exchequer, the US military had to flee in mid-night withdrawal from Bagram Air Base and the world saw panicked US soldiers shifting foreigners and friends out of hell gate of Kabul. Over 57 NATO-friendly countries lost this war that is won by no one because the Afghan Taliban are facing different kinds of battles since the withdrawal of US-led forces and neighbouring Pakistan is still facing the brunt of terrorism and radicalization that were sour fruits of jihadism planted in Afghanistan 40 years ago to defeat the former USSR.

Thousands of children died in the winter of 2021 due to malnutrition and health-related problems due to lack of resources and a collapsed economy which brought hunger that is the only reality in Afghanistan. Thousands of books can be written about what happened in Afghanistan since the US launched Operation Cyclone (in 1979) and Operation Enduring Freedom (2001) and the shameful withdrawal from Kabul.  I covered the Afghan war as a War correspondent in 1995-97 and then in 2001-2006 and know the currents and undercurrents and can summarize that the Afghan wars did not bring anything good for Pakistan which offered its services for all US mess that is still spreading over in the region.

The situation for Pakistan is not as simple as the majority of us believed and the killing of Ayman al-Zawahiri in the post area of Kabul in a US strike indicates that the Afghan Taliban are still supporting terrorist outfits directly or indirectly or they are so weak that they cannot stop or purge terrorists using Afghan soil.

My background talks with former military men including those who served in Inter-Service Intelligence (ISI) and Military Intelligence in the middle of the scene when the stage was set for spreading radicalization, drugs, and weapons in the region helped me to understand how Kabul fell instantly. They are of the view that thevUSA  entered Afghanistan without a clear strategy and goals and it entered as an angry elephant and the only target was to use Pakistan to defeat Communism by injecting the concept of Jihad into the region. The withdrawal of US interests in the 1990s was due to the collapse of the USSR as the target was achieved. However, the rise of China, throbbing central Asian states, Pakistan’s nuclear success, and surviving Iran were pointers that triggered the US desire to reach Kabul again. The US was waiting for an opportunity to land again in Kabul and 9/11 gave the US the opportunity for entering Kabul with the full support of international forums but having no clear military strategy for sustainable stay, therefore, it kept “shifting goal posts”.

Military experts believe that once the USA entered Afghanistan, it decided to stay at any cost because that was a great opportunity to stay in a very sensitive and important region from where it could have an eye on everybody from Iran, China, and Pakistan to Central Asian countries. Though the USA could meddle with everybody while staying in Afghanistan it had no clear strategy to face the realities therefore leaving Afghanistan was the best option for the time being when military strategy faced a great failure.

Sometimes military establishments understand that they are going the wrong way but what to do is a question it takes time to understand and answer and this is what happened in Afghanistan. The USA sold its ill strategy to the western world that sitting in Afghanistan it was blocking Iranian and Chinese influence over the region, but everything went wrong and now China and Iran have already a good relationship with the Taliban and China is bailing out Afghan Taliban interim government with business and economic opportunities but without recognizing its legal status.

A number of Foreign Affairs experts and military historians believe the US from the very first day it landed in Afghanistan became a victim of slow and fast thinking while putting the risk analysis on the back burner and kept deciding in hurry to gain more.

Some of foreign affairs experts call the US war strategy “gambling”. They are of the view that if chance would have favoured the USA, it could have achieved what it expected to but as the very name gambling represents, without putting your decisions under probability scrutiny, the likelihood of odda against the desired outcome tends to be higher instead of being in favour.

We understand that decision-making having a high ratio of probabilities with a higher likelihood toward odds must not be taken by depending on mere chances. Chances of odds in favour or against have no logical framework as they are based on predictions driven by previous experiences. And the nominal data is in percentage, which is based on speculation, on other hand, probable factors can be much more conclusive in risk analysis.

Since 1979, Pakistan has been a proactive partner of the USA and the only country that faced the brunt of this historic partnership. There is a long list of what has been confronted by Pakistan in quest of pleasing the USA but the situation is still not pleasant for Pakistan even after the US withdrawal. There was a time Pakistan used to say that the Delhi-friendly government of President Ashraf Ghani in Kabul was nurturing terrorism against Pakistan but the situation is getting worse under the Pakistan-friendly interim Afghan government in Kabul. Pakistan paid heavy costs and won the war against terrorism that was launched against Pakistan by India through previous Afghan governments

However, Pakistan Institute for Peace Studies (PIPS) indicated a 42 percent increase in terrorist attacks in 2021 compared to 2020 and this trend is still rising Tehreek-e-Taliban Pakistan (TTP) itself claimed 282 attacks in 2021 and said that it had killed more than 500 law enforcement personnel; it claimed an additional 42 attacks in January 2022. Under Afghan Taliban rule, Pakistan had to start negotiations with TTP on the advice of the Afghan interim government and ongoing negotiations are the first after Pakistan launched Zarb-e-Azb against the group on 15 June 2014. Reports suggest that Kabul has established bilateral relations with New Delhi which is continuously providing humanitarian aid to Afghanistan.

One year after the Fall of Kabul, I can see there is no difference between Pakistan which is ruling in Kabul, as Pakistan would remain at the receiving end of whatever comes from Afghanistan. In my opinion, negotiations with TTP would ultimately enhance confidence among terrorists who were virtually destroyed by the Pakistan Army when Ashraf Ghani was in power in Kabul.

I have been writing for a long that TTP could not be formed and could not be in the swing if it did bot have no upport from the Afghan Taliban but the majority of thinkers had been claiming and blaming TTP as an Indian product. Yes, it got financial as well as technical support from Indian intelligence agencies but its survival within Afghanistan was directly or indirectly linked to its cordial relations with the Afghan Taliban, and reports suggest TTP foot soldiers helped Afghan Taliban to defeat the Afghan Army.

The situation for Pakistan is not as simple as the majority of us believed and the killing of Ayman al-Zawahiri in the post area of Kabul in a US strike indicates that the Afghan Taliban are still supporting terrorist outfits directly or indirectly or they are so weak that they cannot stop or purge terrorists using Afghan soil.

October 7, 2022
LAHORE: The Lahore High Court ordered the Punjab government on Friday to impose a smog emergency and call for a meeting to take precautions...