Pakistan is made interesting by the unhealthy developments there 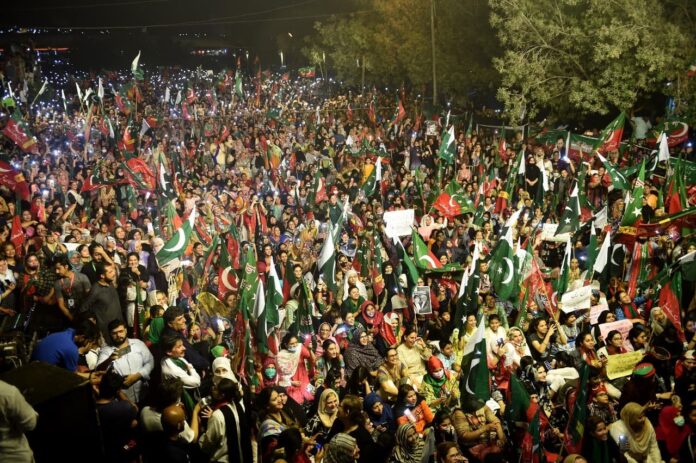 All things apart, continuous change is an essential nature of both the individual and society and when we apply this dictum in case of Pakistan, we found a lot of changes, both favourable and unfavourable, in the history of Pakistan since its making on 14 August 1947, the day Indian subcontinent was divided into two countries, India and Pakistan.

Although, both have registered substantial growth in their own ways, the developments and happenings of Pakistan till date, attracted more international media as an icon of being the first Muslim country in many respects. At the heart of the general interest in the affairs of Pakistan was its many unhealthy developments in the years of military as well as democratic rulers of the nation who never cared for the mass of the people as they failed to visualise the generational change taking place within the country with fast speed  in urban areas followed by rural people of the country.

From the start of the framing of constitution in Pakistan, the most contentious issue has been and continues to be the relationship between the centre and the provincial units. No state can truly be a federation if it is centralized to the extent that Pakistan is

The change of time and coming of globalisation and technological developments taking place world-wide since the days of  Liaquat Ali Khan to Imran Khan remained throughout with the interests of common people-the undisputed theme of the contemporary global political system.

The country Pakistan is currently having the most difficult time of its history and facing challenges internally as well on foreign policy counts, especially due to its debt burden and the rising scarcity of essential commodities round the year. People are upset and nervous as to how and when they will overcome the prevailing situation. In fact, the long misrule in the country has totally changed the national perception of Pakistan and left the nation open for third party use ignoring its own national interests.

It remained an ardent supporter of the USA and the superpower of the time has used it extensively in serving its purposes regionally and globally. The people of Pakistan and its rulers never cared for their strength, economically or otherwise and blindly helped the USA serve its purpose in the region since the days the USSR intervened in Afghanistan in the last week of December 1979.

This event and Pakistan’s close proximity with terror groups of the world had totally changed its class character and it lost more than four decades in vain when it could have earned a good name and developed to the extent of being a strong nation in this era of globalisation where only strengths matter and nothing else. There has been democratic decadence of the country in the post-1971 phase and a chronological analysis has been presented in a book by this writer from the days of Zulfiqar Ali Bhutto to Imran Ahmed Khan Niazi, who very recently was ousted by his successor, Shehbaz Sharif, with no respite for the common people of the country till date.

In contrast to the constitutions of India and Bangladesh, the Pakistani constitution reflected a heavy compromise over several issues to maintain a delicate balance of power among the country’s institutions. The constitution defined the role of Islam. Pakistan was to be a federation of four provinces and known as the Islamic Republic of Pakistan, introduced checks and balances, separation of powers, and provided the federal system under which the government should governed. The constitution established a bicameral parliament as a legislative authority that consists of the Senate as the Upper House and the National Assembly as the Lower House.

Another major innovative introduction in the Constitution is the establishment of the National Finance Commission (NFC) consisting of the Provincial and Federal Finance Ministers and other members to advise on the distribution of revenues between the federation and the provinces. The constitution’s first parts introduce the Islamic way of life, promotion of local government, full participation of women in national life, protection of minorities, promotion of social and economic well-being of the people, and strengthening the bonds with the Muslim world and commit to work for international peace. Unlike the previous documents the Constitution cannot be changed, instead constitutional amendments are passed; altering its effects.

Amendments to the constitution are made through the Parliament, where a two-thirds majority and voting is required in both houses for a constitutional amendment to take effect, in accordance with the Constitution. In addition to this, certain amendments which pertain to the federal nature of the constitution must be ratified by a majority in the state legislatures. As of 2015, 21 amendments have been introduced to the Constitution. Among the most important of these are the Eighth (1985) and Seventeenth (2004) which changed the government from a parliamentary system to a semi-presidential system. However, in 2010 the Eighteenth Amendment reversed these expansions of presidential powers, returning the government to a parliamentary republic and also defined any attempt to subvert, abrogate, or suspend the Constitution as an act of high treason.

From the start of the framing of constitution in Pakistan, the most contentious issue has been and continues to be the relationship between the centre and the provincial units. No state can truly be a federation if it is centralized to the extent that Pakistan is.

A case in point is the delay in the National Finance Commission (NFC) award that has caused unnecessary harm to the provincial governments. Secondly, there needs to be explicit mention of the items in the provincial list-which also needs expansion-and these items should be under the sole jurisdiction of the province. In other words the current list needs to be replaced by a provincial list. The centre should retain authority on matters of Foreign Relations, Money, Defence and Communication but Education needs to be dealt with by provinces. Provisions can be taken by the government to ensure quality education by taking nation-wide tests for higher education and the provinces need to work together so that an individual getting a degree in one province is eligible for a post in another province as well.