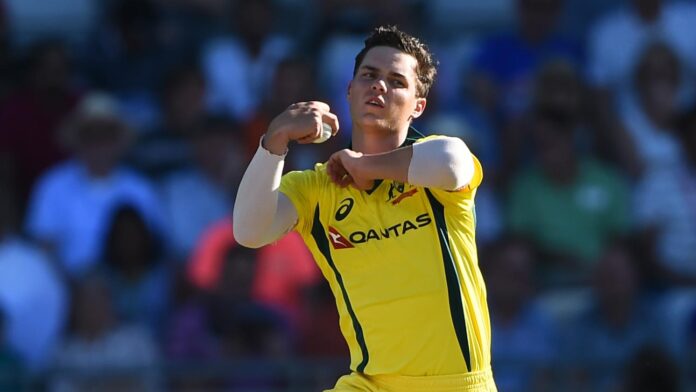 Australia’s Mitchell Swepson will play the opening Test against Sri Lanka, with touring skipper Pat Cummins on Tuesday calling the leg-spinner an “important cog” in their bowling attack.

The 28-year-old Swepson will partner premier spinner Nathan Lyon at the start of the two-match series on Wednesday in Galle, where the pitch is expected to be a turner.
Cummins stopped short of disclosing the full Australian XI, with doubts over batsman Travis Head, who injured his hamstring during the team’s loss in the one-day international series.
“Just want to see how Travis gets through, so we’ll give him bit more time. But yes, Mitchell Swepson will be the second spinner in the Test match,” Cummins told reporters.

Swepson made his debut in Pakistan earlier this year and was part of the visiting team’s 1-0 Test triumph there. He took two wickets in two matches.

But Cummins insists the up-and-coming wrist spinner is ready for the Sri Lankan challenge as Australia look to avenge their 3-0 loss to the hosts in 2016.

“We’re really happy with Swepo. I think he is bowling beautifully and really ready for this one,” said Cummins.

“I think his role here might be slightly different as well. Pakistan we knew was going to be a slow grind and I thought he did his job despite not taking the wickets he would like. He was a really important cog in that bowling engine.”

“Wrist spinner has more control on these tracks,” he said.

Veteran spinner Rangana Herath was the wrecker-in-chief with his 28 wickets in Sri Lanka’s series sweep of the Australians six years ago.
Karunaratne insists the team’s present spin group of Lasith Embuldeniya, Ramesh Mendis, Praveen Jayawickrama and Vandersay can match Herath’s exploits.
“There are three spinners who can play that role, so whoever comes and bowls well he can do the job,” said Karunaratne.
“Embuldeniya has good experience on these wickets, Mendis, Praveen and Vandersay also there. I think those are capable of doing Rangana Herath’s job”.
Cummins admitted Sri Lanka are a tough side to beat on home soil.
“I think Sri Lanka play really well over here, it’s quite different from what we experience in Australia,” said Cummins.
“They are going to pose a challenge but we are up for it.”
All-rounder Glenn Maxwell could return to the Test team after a gap of five years since he last played a five-day game.
Cummins also lauded the Sri Lankan people for their courage during an unprecedented economic crisis on the island nation.
“I was on a call yesterday and was chatting to some young girl cricketers. They’re down to one meal a day and are going to school a couple of days a week because the teachers can’t get to school,” Cummins said.
“No matter what the result is we are in a really privileged position and there are lots of people that are making this happen for us to have a bit of fun and go out and play cricket. So we are really lucky.”
Sri Lanka Cricket will pay tribute to the late Australian hero Shane Warne, who died of a suspected heart attack in March, with the teams to battle for the Warne-Muralitharan trophy.