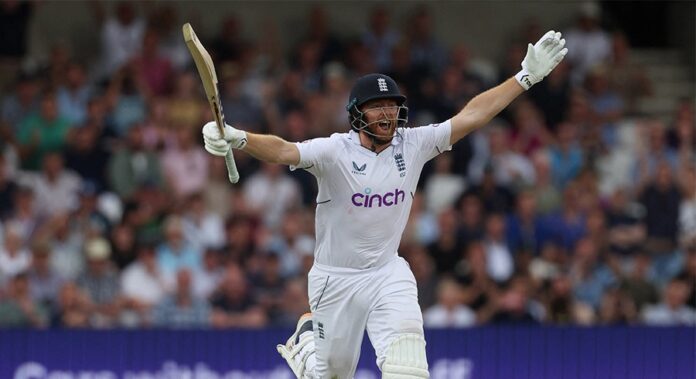 Jonny Bairstow led England to a whitewash of Test world champions New Zealand with a stunning fifty on his Headingley home ground on Monday.
England, set a target of 296 for victory, finished on 296-3 to win the third Test by seven wickets.

Bairstow was 71 not out, having compiled England’s second-fastest Test fifty of all time by reaching the landmark in just 30 balls.

Former England captain Joe Root was 86 not out, having started the day on an unbeaten 55 before sharing a partnership of 111 with Yorkshire team-mate Bairstow.

Rain washed out the morning session to leave England, 183-2 overnight, with a nominal 78 overs in which to score the 113 more runs they needed for victory.

But they required just 15.2 overs, with Bairstow ending the match after just over an hour’s play Monday with a six over deep midwicket off spinner Michael Bracewell.

Victory gave England a 3-0 clean sweep of New Zealand in their first series under new captain Ben Stokes and red-ball coach Brendon McCullum, a former New Zealand skipper.
England will not have long to rest on their laurels, however, with the Covid-delayed final Test of last year’s series against India starting at Edgbaston on Friday.