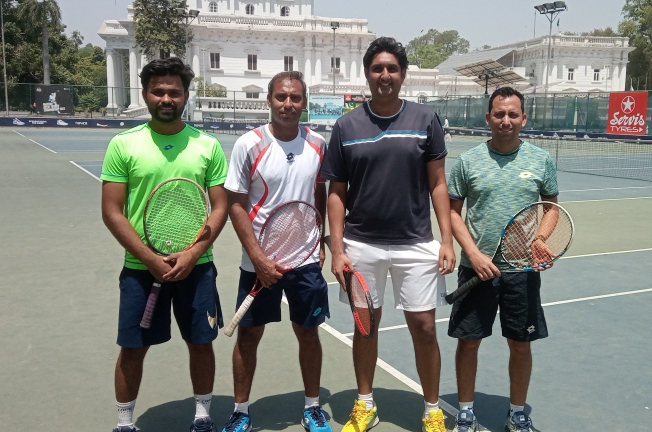 LAHORE: A high-performance Tennis camp, which kicked off on May 28, is in full swing here at the Punjab Tennis Academy’s courts in Bagh-e-Jinnah, along the iconic highway of Lahore, Mall Road.

The event is led by tennis legend Rashid Malik.

Malik has put together a strong team of coaches from all over the country — the Khan brothers coming all the way from Karachi and Shahzad summoned from Islamabad — in order to train a variety of students, split into two categories: ‘High Performing’ juniors and ladies — including top-ranked juniors Hamid Israr and Natalia Zaman, as well as leading ladies tennis players Noor Malik, and Esha Jawad — who play in the morning, and beginners aged 8 to 12 who play for two hours in the evening.

In the morning, the professionals are subjected to a three-hour-long intensive training session from 8:00 am to 11:00 am, after which they work on their fitness for one hour before retiring for the day.

It speaks volumes about the coaching team’s versatility that they are able to coach two widely different sets of trainees during a single coaching camp. With one targeting superior athletes and the other complete amateurs, the two programmes undoubtedly require two very different plans, as well as execution, regularly demanding the coaches to change swift gears.