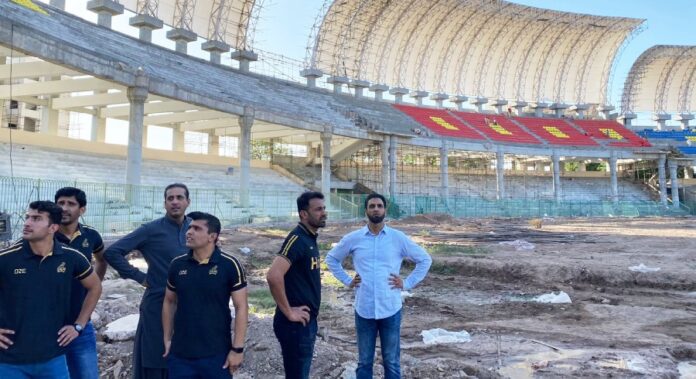 The Pakistan Super League (PSL) franchise, Peshawar Zalmi, and Pakistan Cricket Board (PCB) have taken the initiative to overhaul Peshawar’s Arbab Niaz Stadium to host matches during the next edition of the tournament.

PCB Chairman Ramiz Raja emphasized PSL franchises to play their matches in front of the home crowd after witnessing the fan support for Lahore Qalandars at Gadaffi Stadium, Lahore.

Speaking on the matter, Director of Cricketing Affairs, Mohammad Akram revealed that the Zalmi franchise has already put in the request to host PSL 8 matches.

“Peshawar Zalmi has requested the PCB to host PSL matches in Peshawar and also asked authorities to complete the construction and renovation of Arbab Niaz Stadium as soon as possible,” he said.

Javed Afridi, owner of the Peshawar Zalmi franchise, shared the progress of the stadium’s construction on his social media account.

The tweet has hyped up fans’ excitement as they are ready to welcome their home team once PSL comes to Peshawar.