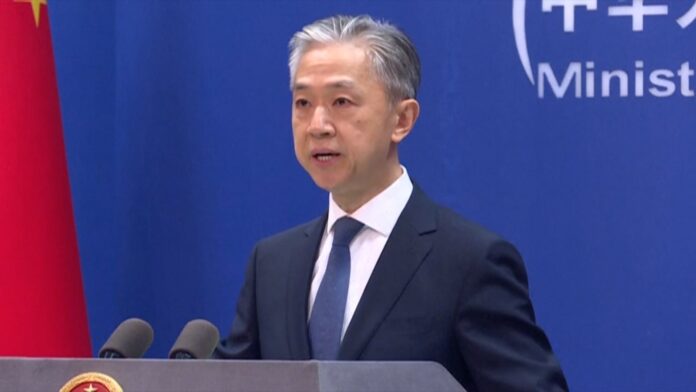 Wang made the remarks in a regular press briefing after U.S. President Joe Biden said in Tokyo that the U.S. would “defend Taiwan militarily.”

The spokesperson reiterated that the Taiwan question is purely China’s internal affairs that allow no foreign interference.

“On issues that bear on China’s sovereignty, territorial integrity and other core interests, no one shall expect China to make any compromise or trade-offs,” said Wang, warning the U.S. not to stand on the opposite side of the 1.4 billion Chinese people.

He also urged the U.S. to earnestly abide by the one-China principle and stipulations in the three China-U.S. joint communiques, honor its commitment to not support “Taiwan independence” and be prudent with its words and actions on the Taiwan question.

The U.S. should avoid sending wrong signals to the “Taiwan independence” separatist forces, lest it should seriously damage China-U.S. relations and peace and stability across the Taiwan Straits, said Wang, mentioning that the Chinese side will take firm actions to safeguard its sovereignty and security interests.