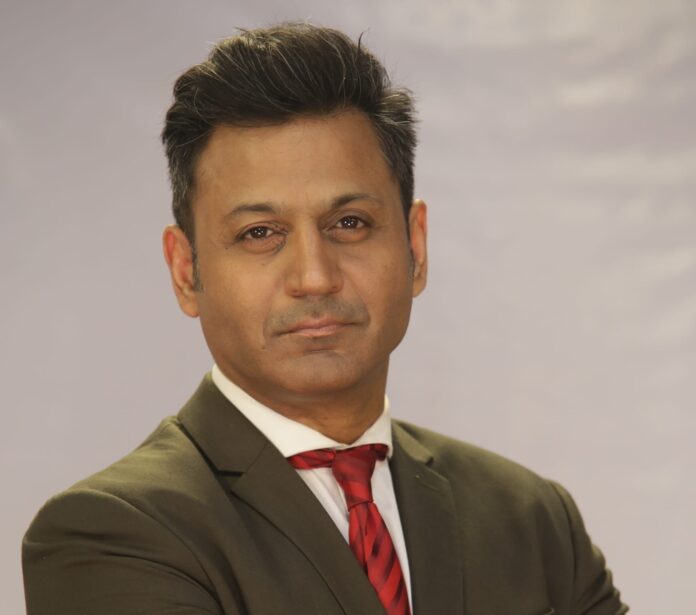 ISLAMABAD: The prime minister has appointed Fahd Husain, a career journalist and former editor of Dawn‘s Islamabad edition, as its special assistant “with immediate effect”, a notification announced late Friday.

The notification to this effect, issued by Cabinet Division, said Husain, who is the nephew of Pakistan Muslim League-Nawaz (PML-N) Senator Mushahid Hussain Syed, will enjoy the status of a federal minister.

While the notification did not mention Husain’s portfolio, many speculated he’d manage government’s relations with the media.

He resigned from Dawn — which he had joined in October 2019 as resident editor based in the capital — in February but continued his weekly column for the publication and his primetime political chat show on Dawn News TV.

Before joining Dawn, Husain worked as executive director of news at Express News TV and executive editor of its English-language newspaper, Express Tribune.

Since the beginning of his career at The Muslim in 1991, he has worked with The Nation, Geo News and CBS News in New York where he was a member of the team that oversaw the coverage of the post-9/11 War of Terror in Afghanistan and Iraq.

His decision to join the government drew criticism not just from members of the public but also from journalists.

“So sorry to hear. Fahad was a genuine journo but his uncle Mushahid Hussain did the same. [Please] DON’T COME BACK TO JOURNALISM.”

FELLOW JOURNALIST GOES DOWN: Just saw TV Ticker that until ‘now’ “respected” journlist Fahad Hussain was appointed PM’s Special Asstt wth status of Minister. So sorry to hear. Fahad was a genuine journo but his uncle Mushahid Hussain did the same. PL DON’T COME BACK TO JOURNALISM

“I wish Fahad Hussain should not have accepted this position. He is too good a writer to be part of any government. Journalists and government[s] are adversaries,” wrote Geo News anchor Mazhar Abbas.

I wish Fahad Hussain should not have accepted this position. He is too good a writer to be part of any government. Journalists and government are adversaries.

Mubashir Zaidi of Dawn News TV said a journalist taking up a position in a government “should first announce it publicly with justification before notification of the appointment.”