Who is going to be the proverbial man on the horseback to reform the system; ousted or incumbent? 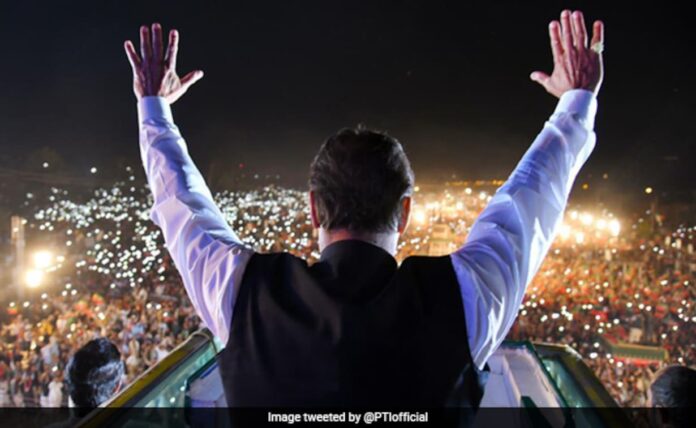 With the recently ousted Prime Minister of the country, former pace bowler Imran Khan, on a whirlwind tour of major small and big urban centers, the stage seems to be set for a big push for reform and revolution. What is surprising is that the coalition, instead of being happy with what many on the street might call a “power grab”, is also talking about reform; such as electoral and NAB reform; correcting the economy; making it affordable for the common man to buy affordable “tomatoes” and so on.

It is no coincidence that the former opposition, which was the major beneficiary of the April 10 vote of no-confidence, is playing the reform tune too. The reason being that there is silent consensus between the ousted and the incumbent on reform. Both feel that the system during the last 75 years has come full circle and what it needs is a rehash, a redefinition of the rules of business.

Whether the much-promised siege of Islamabad is the promise of change or the agreements between the coalition’s partners are going to offer new surprises, it remains a question mark. Whatever might be the setting stage; Pakistani polity without any doubt is ripe for a system reset

Finding the connecting links to push the debate further: the governments booted out due to the exercise of Article 58(2b) or due to court order, as the ones for Yousaf Reza Gillani and Nawaz Sharif, did not attract huge crowds. To the contrary, Imran Khan has been able to attract crowds and an almost mystical following. Any matter-of-fact political science student or a political analyst simply cannot ignore the following for the former pace bowler, which is almost like that of the leader of a revolution.

Unlike the previous cases of unceremonious exits like those of the late Benazir Bhutto, Mian Nawaz Sharif and Muhammad Khan Junejo; who did not raised any outcry or targeted the powers to be; Khan has been vociferous on both counts; not mincing words in his public addresses to get the point across to his vote bank and the public at large.

Here it goes without saying that even a fly on the wall in Pakistan knows well who pulls the strings to set into motion any development; be it geostrategic or constitutional. Even a criminal case’s fate depends on wishes and not on merits or demerits.

Keeping in focus these ground realities, given the somewhat hard stance Khan has taken with respect to the status quo; is the system as a whole ready for the reset? Or is the situation fraught with more crisis; strife included and consequent intervention by the very powers who are responsible for the crisis in the first place?

Here it is equally important to note that leaders of the opposition before April 10, which is now the ruling coalition, has voiced concern over the state of affairs in their own way, be it Nawaz Sharif calling his party consultations or Asif Zardari firing a salvo for electoral reform. All concerned; Khan, Sharif and Zardari find it is appropriate to mix their agenda with the agenda of reform.

For Pakistani politicians finding a way out of a quagmire created by the invisible and visible; a look at the “best international practices” can be the buzzword for reform. A look into the recent history in west Asia and especially nation states whose dynamics closely resemble the ones in Pakistan; pointedly Turkey, reveals that the system reset has not been a story of few weeks or months; as one might believe it to be. It has been a long haul of battle of wits; playing with the mechanisms available within the system and above all the deliverables; specifically in the form of economic growth; which neutralized the hidden forces and widened the breathing space of the democratic forces.

Without going into the stale jugglery of figures and graphs depicting Turkey’s journey from recession and stagflation to economic recovery and growth of the economy; it was the deliverables, which restored civilian supremacy. Turks, having seen recession during the Turgut Ozal and Tansu Ciller decade of the 1990s were comfortable with Erdogan’s smooth growth rates in the new millennium.

A careful study of the timeline of events between 2002 uptil the coup of July 2016 will reveal that trend. The Erdogan governments were able to take to task the major players and actors of the previous coup attempts with flawless prosecution.

All these events in a country like Turkey whose post-Caliphate face was influenced by the Kemalist Generals embedded in deep secularist commitments were unbelievable, rather unheard of. Despite the fact that the courts carried on their hearing of the coup cases; there was never any intervention heard trying to influence the proceedings or the events.

The way the July 2016 coup attempt was tackled by the ruling party and the public was the final nail in the coffin of debate between the option of civilian or military rule. Unlike other nation states like Bangladesh and Pakistan where military interventions have been greeted with fervor; it was not the case with Turkey in the wee hours of 16 July 2016.

The contrast between Turkey and Pakistan in the historical context points out to the fact that while the intent for change might be there, the prerequisites for the same might need to be cultivated in due process. Past experiences in the context of Pakistan have revealed that at the height of pressure, the concessions accrued have been of short-term nature.

Coming back to the current phase of political debate and process, the options available for the proponents of change are clear. Whether they want short term gains like the calling of fresh elections; or they want a greater change of the rules of game. The situation is too fluid to say the least.

Past experiences in Pakistan with parties standing for change has revealed that they are willing to play by the rules; ironically set by the same powers. The reason being short-term gains in the form of access to funds as well as authority to spend the same. In the pursuit of that, they forgo the greater “things to do list”. That one point casts doubt about the “Pakistani mindset” genuine willingness to seek real change.

Whether the much-promised siege of Islamabad is the promise of change or the agreements between the coalition’s partners are going to offer new surprises, it remains a question mark. Whatever might be the setting stage; Pakistani polity without any doubt is ripe for a system reset.

With the economy in shambles; a country bruised by the IMF dictates as well as an increasing number of people going below the poverty line; time is running out for the state itself. It is not a luxury for the dissident leader to choose a radical path or vice versa; finding an effective cure to the quagmire is and must be the master content of his gospel for change. As earlier argued; economy and a content stomach is the route to political stability; actions of either the government sitting or the imagination of Khan would decide; where we are headed towards; until then best of luck.

May 23, 2022
The Pakistan Muslim League-N’s (PML-N) baffling directions to lawmakers helped the speaker of the Punjab Assembly avoid a no-confidence motion pending against him on...