Constitutional provisions about the armed forces

The constitutional provisions are clear 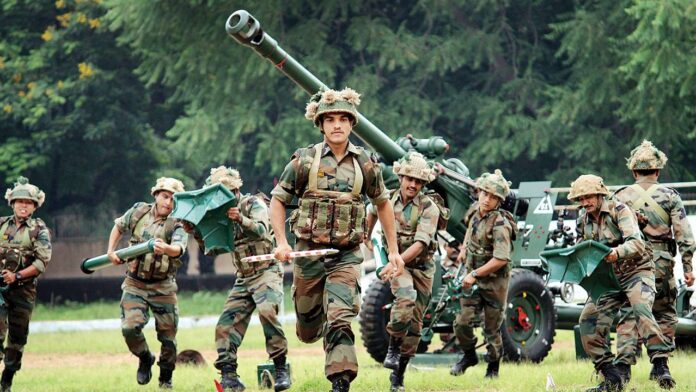 Duly extended service tenure of incumbent Chief of Army Staff (COAS) General Qamar Javed Bajwa is due to expire in November 2022. A lot of discussion, speculation and debate is already going on in the political circles about the posting of the New Army Chief. The incumbent, Ge Qamar Javed Bajwa, has already announced that he is neither interested nor going to seek any further extension in service at all.

Vested interests here and there are also creating unwelcome controversies in quite an nappropriate manner  despite repeated assertions by the ISPR that the Army should not be dragged in political discussion in any manner and that the Army has nothing to do with politics  and is focused on performing its most important duties and functions to safeguard and secure security and solidarity of the  country, to counter and eliminate terrorism in all manifestations, and face all security challenges squarely, boldly and determinedly.

In view of prevailing circumstances, it is pertinent to mention the constitutional provisions about the command of the armed forces, their functions and suchlike for sake of information of all who may be wondering about what the 1973 Constitution says about the armed forces of the country

In view of prevailing trouble-shooting circumstances, it is pertinent to mention here the constitutional provisions about the command of the armed forces, their functions and suchlike for sake of information of all concerned who may be wondering about what the !973 Constitution says about the armed forces of the country.

Articles 243,244 and 245 of the 1973 Constitution pertain to the Armed Forces and these are being reproduced below verbatim;

Article 243 pertains to the Command of Armed Forces and it inter alia reads:

and shall also determine their salaries and allowances.

Article 244 relates to the Oath of Armed Forces and it reads “ Every member of the Armed Forces shall make  oath in the form set out in the Third Schedule.

“In the name of Allah,the most Beneficent, the most Merciful

I——– , do solemnly swear that I will bear true  faith and allegiance to Pakistan  and uphold the Constitution of the Islamic Reoublic of Pakistan which embodies the will of the people, that I will not engage myself in any political activities whatsoever and that I will honestly and faithfully Pakistan in the Pakistan Army (or Navy or Air Force) as required by and under the law.

May Allah Almighty  help and guide me (A’meen)”.

Article 245 pertains to the Functions of Armed Forces and inter alia reads:

Provided that this clause shall not be deemed to affect the jurisdiction of the High Court in respect of any proceeding pending immediately before the day on which the Armed Forces start acting in aid of civil power.

May 27, 2022
PTI chief Imran Khan is going to find in days to come that political issues can only be resolved through talks rather than ultimatums...