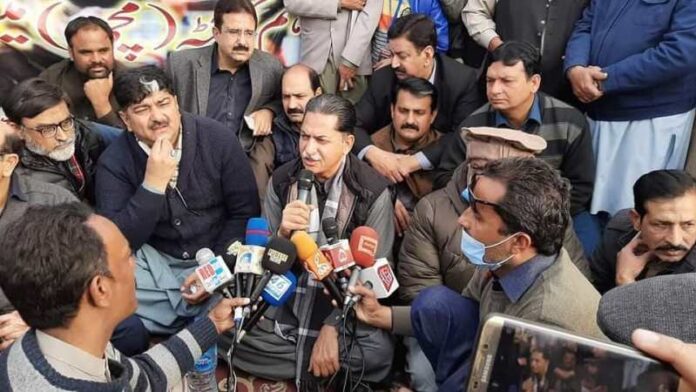 ISLAMABAD: Pakistan Muslim League-Nawaz (PML-N) MP Javed Latif Sunday said that the coalition government was committed to progress and development of projects across the country to boost the national economy, generate employment and reduce poverty.

Talking to a news channel, he claimed the inflation and unemployment in the country broke all records under the previous Pakistan Tehreek-i-Insaf (PTI) government.

He said the PTI government was responsible for the economic mess and hoped that the present set-up will salvage the sinking economy.

PTI left behind a massive current account deficit, he said, adding they did nothing for the welfare of people.

He claimed that the country’s economic performance during the PTI era had been the worst compared to other governments.

Replying to a question, he said that the China-Pakistan Economic Corridor (CPEC) will remain the top priority of the new government, adding PTI instead of speeding up work on CPEC always criticised it.

“CPEC was an economic project started in the region and it must not be politicized anymore as it is a game-changer which will transform the lives of the billions of people of the region,” he added.

Javed said the government of PTI played havoc with the institutions for its own ulterior motives and PML-N was taking all immediate measures to put the country back on the right track.