The Yogi is only the tip of the iceberg 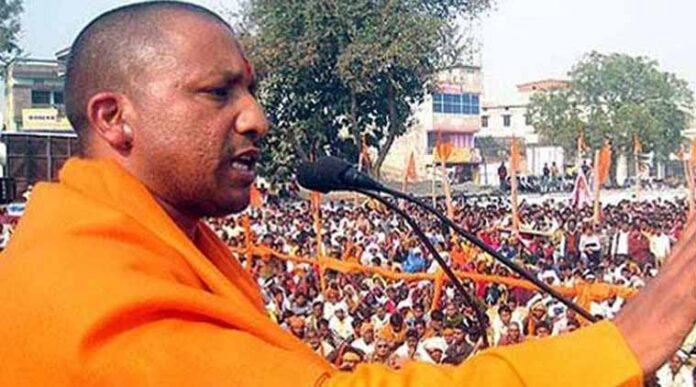 India witnessed many people-friendly leaders in her history, like Mahatma Gandhi, A.P.J Abdul Kalam, Rabindranath Tagore, Jawaharlal Nehru and many more, who are remembered with good phrases around the world today. But Yogi Adityanath, the Chief Minister of Uttar Pradesh and other religious leaders have become a rising threat to the Muslims in India. Yogi Adityanath belongs to the Bharatiya Janata Party (BJP) which is a supporter of anti-Muslim spiritual leaders of Hindus in India. Yogi Adityanath has recorded venomous speeches in which he describes his extreme hatred against Islam and its adherents too in India.

Hindu extremists filed a case in the Supreme Court of India, for transforming the Taj Mahal into “Ram Mahal”, Lal Qila into ‘Ram Qila’ and Babri Mosque into a Ram Mandir, keeping the view it was Deity Rama’s birthplace and was utilized as a mandir for several years.

All democratic forces in India, who are invariably silent over anti-minority mayhem in the country, must speak against the extremists of the country. Apparently, as the incidents, cited have shown, the Hindu extreme right intends to foment anti-Muslim violence completely on hierarchy.

Yogi Adityanath and his proponents have been doing their best to uproot the Muslims from the earth of India and make it a Muslim-free country. Yogi Adityanath stated ‘we will do so even if doing so needed dying and killing. Extremists are spreading Islamophobia, demolishing mosques, killing the Muslims on slaughtering cows on ‘Eid UL Azha’ and many other Islamic activities, he is standing and supporting the anti-Muslim leaders in India. In the Friday prayers, they break the loudspeakers of Azan and beat the Muslims who come to offer prayer. However, the acting government is silent.

Since the avent of the BJP from 2014 until today, the government remains silent and even some leaders of the acting government has been seen in video record attending an important meeting of anti-Muslim spiritual leaders of India. Yogi’s legacy to his followers is openly clear: if you want to kill Muslims, I would provide you with everything whether guns, money or people to kill them.

The dilemma of wearing a hijab in India is a very severe problem that Muslims have been facing for a long time. The recent issue of wearing the Hijab by a Muslim girl in her college; for that she had not entered the college when Hindu extremists strived to attack her. Keeping this in view it seems that the acting government of India is also adherent of this extremism in India. Moreover, the mainstream media too remained quite quiet.

The world’s largest democracy and secular India declares itself to be a Hindu and completely anti-Muslim and anti-minority state. In this regard, they killed hundreds of thousands of people of the Sikh community in Gujarat and Delhi and Christians were also killed in Karnataka. However, sadly, other political bodies are quite quiet.

A well-known religious leader of the Hindus Annapurna announced that “Nothing is possible without weapons. If you like to engulf their community, then put an end to them. Be equipped to kill and be equipped to go to prison. Even if 100 of us are ready to kill, 20 lakhs of them ‘Muslims’, then we will be triumphant, and go to jail, “Like Myanmar, our police, our politicians, our Army and every Hindu should carry weapons and perform a Safayi Abhiyan ‘ethnic cleansing’. There is no other alternative remaining”.

The world has transformed from extremism, hatred, sectarianism and political turmoil into peace, tranquillity, serenity, love, justice, egalitarianism, development and some are even thinking of settling societies in cosmology and exobiology. However, the Indian religious leaders have been touching the pinnacles of extremism, and sectarianism.

Being a political and spiritual leader Adityanath ought not to succumb to the minorities of his country for it would be harmful to him and the image abroad of India. He should think of humanity, not sectarianism and personal gain. No doubt, South Asia has tightened the claws of religious intolerance in which Pakistan and Bangladesh are entrapped by great fanatic mindsets. However, India is showing a great threat of religious intolerance.

All democratic forces in India, who are invariably silent over anti-minority mayhem in the country, must speak against the extremists of the country. Apparently, as the incidents, cited have shown, the Hindu extreme right intends to foment anti-Muslim violence completely on hierarchy.

Deedar Ali Bangwar
The writer can be reached at: [email protected]