Staying in his father’s house 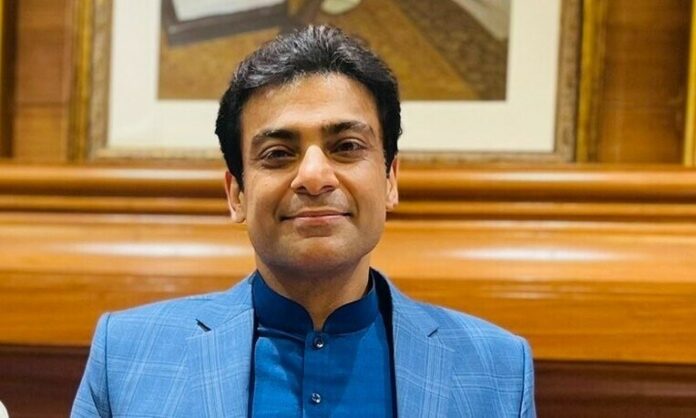 I’m not sure what the PTI is up to. That’s not, in the last analysis, really a problem, because it doesn’t really matter to the PTI that I know. All the PTI (or any other party) wants me to know is that I must vote for it.

That means I must know which candidate is standing for the PTI i in my constituency, where is my polling station, and where my name appears on the electoral roll. But then, that is a long way ahead, with elections still ahead.

The real problem, I suspect, is that the PTI itself is not sure what it is up to. That is a real problem, for if the PTI doesn’t know, how will it give people a lead? Is the PTI basically doing all it can to pull the temple down around its ears, the way Samson did when he was eyeless in Gaza, a captive and yoked to labour?

You get the impression from the CM’s election and the Governor’s subsequent refusal to take oath from Hamza Shehbaz that the PTI plans to play dog-in-the-manger. The Governor is himself under notice of dismissal, only the President has probably eaten the PM’s advice.

The President has not complained of a toothache, which would probably only get him the unfeeling response, “Treat it yourself.” But he himself has hardly been doing his job. He didn’t give the PM or the Cabinet oath, but he was apparently able to give a second phase of the Cabinet oath.

As for the CM’s election, it seems that the sport MPAs should have specialized in was wrestling, not cricket. Usman Buzadar should not have been labelled “Waseem Akram Plus’ but ‘The Undertaker Part II’ and Ch Pervez Elahi should be labelled ‘John Cena Part II.’

Hamza Shehbaz is of course free to become CM under whatever name he chooses, but maybe ‘he Rock Part II’ sounds good, though the PM would probably take it as a compliment if he fought (sorry, ruled) under the moniker ‘Son of the Real Rock.’

The Real Rock chaired the National Security Committee, which examined the letter on which Imran has based his conspiracy claim, and it found that there was no conspiracy. The Committee in its last meeting had not found a conspiracy, even though it was chaired by the Sultan of Reverse Swing. I’m not sure there was any conspiracy. Or even that he himself thinks there is.

I mean, if he thought the Biden Administration had really toppled him, would he have received a Congresswoman from Biden’s party at home? And then posted pictures afterwards?

Remember, this is the guy who wouldn’t meet corrupt elements, and to hear him talk, his regret was not so much that he was out as that Shehbaz was in. Or do we have separate treatment for domestic and foreign corrupt elements?

I wonder what conspiracy Congresswoman Ilhan Omar weaved with Imran in their meeting. Does that have anything to do with President Alvi overcoming his scruples and being in the  same room as Shehbaz? I mean,I don’t suppose Shehbaz went to the Presidency because he had a toothache.

I suppose it’s the effect of Ramazan, but I was reminded of a Hadith by  Imran’s blunt ‘mera tohfa, meri marzi’ (my present, my decision) about the Toshakhana scam, where Imran took out presents he had received on visits abroad, selling them.

The builder of the Riasat-e-Madina might remember that “The Prophet (Peace Be Upon Him) employed a man from the tribe of Al-Azd named Ibn Lutbiyyah as collector of Zakat. When the employee returned (with the collections) he said: “(O Prophet (PBUH)!) This is for you and this is mine because it was presented to me as gift.”

Messenger of Allah PBUHﷺ) rose to the pulpit and praised Allah and extolled Him. Then he said, “I employ a man to do a job and he comes and says: ‘This is for you and this has been presented to me as gift’? Why did he not remain in the house of his father or the house of his mother and see whether gifts will be given to him or not?”

I wonder whether the people crowding into those rallies would like to apply this test to Imran. Or is honesty and morality only for opponents?

By the way, how are the Russians, whom Imran supported against Ukraine, for whom he sacrificed his government doing? They failed to achieve their initial war aims, and had the pride of the Black Sea fleet, the cruiser Moskva, sunk.

Whether it was an accident (as Russia says) or a hostile missile (as Ukraine claims), it’s at the bottom of the Black Sea. Just as whether Imran was removed through a foreign conspiracy or the democratic process, he’s no longer PM.

One thing is clear; this government does not have the time or the money to resolve the ongoing economic crisis and provide any reasonable...
Read more
Comment

What the Quran is not

It would not be an exaggeration to say that untold millions struggle to derive a fraction of the benefits the Quran has to offer...
Read more
Comment

Righting the Wrong There is a prevailing sense among Israelis that the Abraham Accords suggest that the Arab states have, for all intents and purposes,...
Read more
Letters

Exploitation through subcontractors is an old imperial tradition that was often practised through well-known private companies, such as the East India Company. This unethical...
Read more
Letters

A private cement company has been damaging the local environment and the health of the people in Choa Saidan Shah area of Chakwal district....
Read more
Letters

June 28, 2022
As two important forces in the world, China and the European Union (EU) should strengthen dialogue and communication and unswervingly uphold their partnership, said...