Back to Purana Pakistan

If Imran doesn’t work what went wrong, he won’t be able to right himself 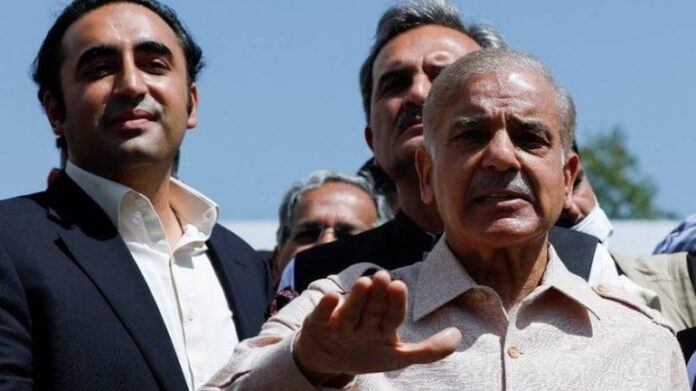 Imran Kham is angry, and by his lights, he has every right to be. After all, he has been ousted from the Prime Ministership by a vote of no-confidence, despite all the efforts made to prevent that vote taking place. Most of the reasons he will give himself for his ouster will be self-serving, such as the conspiracy theory, but he must also deduce what went wrong with his government, and what he could have done to prevent that fall.

Imran should realize a number of things. The most important is the need for realism. If he gets wrong the reasons why he fell, he will not be able to rectify those errors, or take the steps necessary for poisoning himself for a return to office.

The foreign conspiracy seems just like that, a convenient explanation which will prevent an objective analysis of what went wrong. His position is somewhat reminiscent of the PPP’s insistence in 1990 and 1996 that the elections were rigged. As a matter of fact, it insisted that in 1988 and 1993, when it won, the elections had been rigged against it.

The problem with such explanations is not just that they are based on the false premise that the party’s defeat means rigging, that their opponent is incapable of appealing to the electorate more. Both the PPP and the PTI had as their opponents Mian Nawz Sharif, and his election wins can be explained by macro-scale political factors, while his defeats can probably be explained by the same.

Then there is the question of which page of the book was the winner reading from. One of the more important concepts is that of the PHP, the Pakistan Hakumati Party, with the slogan “We never change our party first; the government does.” The members of the establishment are all PHP members in good standing, but The PHP is not the PTI. Sure, some PHP members have been lent to the PTI, in the form of electables, as well as allies, but their true loyalty does not rest with Imran.

That helps explain why the attempt to use the Foreign Office, and the Supreme Court, to back the ‘foreign conspiracy’ claim, failed. If the PHP had wanted to use these pillars of the establishment, it would have done so without compunction. That is what the PTI wanted, having conflated state and party.

The establishment is the only party which has achieved this: it is assumed that the establishment’s interests entitle it to use the state machinery to pursue its own interests.

That interest had extended to a tail wagging the dog, as the establishment determined the orders it was to receive, by ensuring that a government was elected which depended on it.

Imran came to office because of the help offered his party by the establishment. This should not hide the fact that all countries have an establishment, but those establishments do not necessarily rule. Take the example of Vladimir Putin. What could be more symbolic of the old Soviet establishment than a KGB colonel?

Though Imran is no longer in office, he is still in politics. His avoidance of Parliament cannot last, because apart from shutting himself out of important decisions about the caretaker PM and the CEC, he will need a major constitutional revision which can’t hjappen without going to that Parliament. At an age when he should be playing with his grandchildren, he is out in the wilderness seeking a role.

That has not happened in Pakistan. It does provide certain advantages, however. There are none of the problems of management faced when one drafts a civilian like Imran or Nawaz Sharif. Another reason, perhaps, is that while there are a large  number of civilian officials in the ISI, none have ever risen to become DG, and other officers are rotated in from the Army, serve a tenure, and are then rotated out. As a matter of fact, a large number of those rotated in as colonels are very often on their last postings before retirement. So they would probably not be young enough to rise to the top as Putin did. And that only happened because of the instability Russia was experiencing.

Still, odder things have happened. Adolf Hitler was an unemployed ex-corporal of a defeated Army doing a little work for a military intelligence outfit when he was sent to gather information on a small party. Well, he joined that party, became its chief, and the rest is history.

One of the major issues facing the nation is whether the conspiracy theory has anything in it. It is important to understand that whether or  not it is true, the Supreme Court had to give the decision it did,and the National Assembly had to proceed to a vote on the motion. If indeed any member has taken money to vote on a no-confidence or any other motion, that is a corrupt practice, for which he can be prosecuted, and as a result of conviction, disqualified and unseated. There will have to be a prior judicial process, and a ruling from the Chair won’t cut it.

The detailed judgement of the Supreme Court is awaited, and the short order did not comment,  but the evidentiary value of the communication on which the threat claim has been made is limited. If indeed,  there has been a cable from the Ambassador reporting a conversation, hearsay is not admissible. The concept of accusation being proof of guilt is only something that Imran and his supporters accept.

Is the PTI now going to claim that the Supreme Court and the Army are part of  the conspiracy along with the opposition? There has already been an online campaign against the military serious enough for a formation commanders’ conference to take notice. Imran’s hopes of returning depend on his getting back on the same page. He might have learnt the wrong lessons from the neutrality of the army, that it was not caused by his governance or the economic situation, but by the naming of names by Mian Nawaz Sharif.

It is possible to see the PTI as the intended successor of the PPP, and it is possible to see it adopting the same sort of attitude towards the military, of suspicion unless it is on the same page. The hybrid regime was introduced as a solution to the military’s need for a civilian interface. The problem is that while Imran had the skills to push military-friendly possibilities to the public, now he can use the same skills to push hostile policies.

Another key question is that of the allies. They are inclined towards the largest party, but it is not necessary that they stay, as the present no-confidence vote showed. Imran might have noticed that his biggest weakness was his dependence on smaller parties. These parties could not be stopped from switching sides by Article 63A. True, PTI floor-crossers (who had been electables) did not vote for the opposition, but the possibility they might do so wasa what kept the smaller parties on the side of the opposition.

Getting an absolute majority is attractive, but does not solve matters. In 1997, the PML(N) obtained an absolute majority, and with allies had a two-thirds majority. Everyone knows how that ended. As a matter of fact, the military coup against Zulfikar Ali Bhutto came after he got a two-thirds majority in the 1977 election. It is almost as if the military will not tolerate any leader who has the power to amend the Constitution.

Pakistan has kept up the tradition of not having a single PM hold office for the entire life of a Parliament. Back in 1985, Ziaul Haq gave himself the power of dismissing the government. Politicians resisted, and the President was given the power of dissolving the National Assembly. Now, it seems, we are back to Square One.

Though Imran is no longer in office, he is still in politics. His avoidance of Parliament cannot last, because apart from shutting himself out of important decisions about the caretaker PM and the CEC, he will need a major constitutional revision which can’t hjappen without going to that Parliament. At an age when he should be playing with his grandchildren, he is out in the wildernes seeking a role.