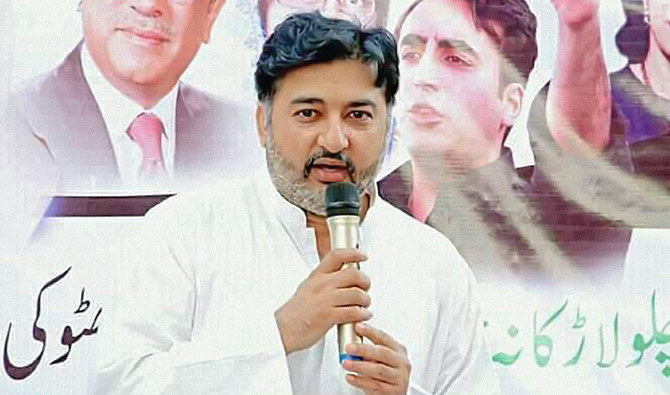 ISLAMABAD: Jam Abdul Karim Bijar, a Pakistan Peoples Party (PPP) MP who is wanted by the police in the murder of a journalist, has changed his plan to return from Dubai days after the government placed him on the Provincial National Identification List (PNIL) which means once he lands in Pakistan, he won’t be able to leave the country.

Meeting of the ECL committee of the Cabinet held today.

Bijar secured a protective bail from the Sindh High Court (SHC) in the killing of young Nazim Jokhio to travel back to participate in the no-trust vote against Prime Minister Imran Khan.

Bijar’s brother, Jam Awais Bijar, a Sindh lawmaker of the party, is also accused in the case.

According to a copy of his ticket making rounds on social media, the MP was scheduled to land in Islamabad Wednesday. He did not board the flight, however.

This is the second time he has changed his mind.

The Federal Investigation Agency (FIA) said the legislator would be arrested on return and the immigration staff at the airports is keeping an eye on the watch list.

Meanwhile, Bijar has filed a contempt of court petition against Minister for Interior Sheikh Rasheed Ahmed, Sindh Governor Imran Ismail and other officials in the SHC.

In his plea, the MP said he secured protective bail on March 25 for his return but Ahmed’s office put him on the no-fly list.

“Jam Abdul Karim wishes to appear [before the court] to surrender,” the petition read.