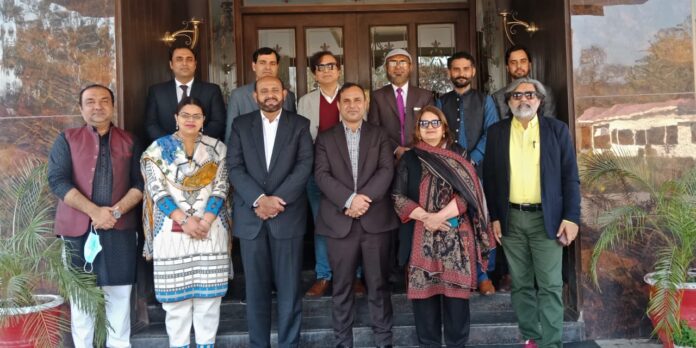 The first meeting of the newly elected ASA Executive Council was held in the Committee Room of the University Club under the Presidency of Engineer Prof. Dr. Muhammad Azhar Naeem. In the meeting, according to the constitution, the Executive Council unanimously Co-Opted five members; three from Quaid-e-Azam Campus and one each from Allama Iqbal Campus and Gujranwala Campus.

The meeting discussed the current issues being faced by the teachers, crushed in the mill of inflation.

* Delaying tactics on  Disparity Reduction Allowance were condemned and it was demanded that DRA should be granted without any further delay with effect from 1st June 2021, to teachers and employees from grade 1 to grade 22, and without any discrimination. The executive council reiterated that teachers wouldn’t step back from their legitimate rights and would gi to any length to protect them.

The Executive Council strongly condemned the delay in the appointment of teachers and the deprivation of the ante-date legitimate right which was implemented three decades ago and demanded that the affected teachers must be provided justice and should be given an opportunity to be heard and the appointments should be restored immediately with effect from the previous dates as it is affecting the seniority of teachers and other important related issues.

The Executive Council also expressed reservations over the non-payment of Covid allowance to TTS teachers despite the approval of the Punjab University Senate and demanded that the TTS teachers should also be given the same allowance as BPS teachers.

The Executive Council termed the suspension of time scale promotion for university teachers a conspiracy of the bureaucracy and demanded its immediate restoration.

BPS and TTS systems for the teachers already serving in the universities was also discussed. The Council also stressed on the need to eradicate injustice through reform.

The members of the Executive Council termed the vicious game of bureaucracy on Disparity Allowance for the last eight months as economic murder of university teachers and employees and an attack on the sovereignty of universities and demanded that if the salaries of teachers could not be increased in proportion to the inflation then the executive allowance and utility allowance being given to bureaucracy should also be abolished.