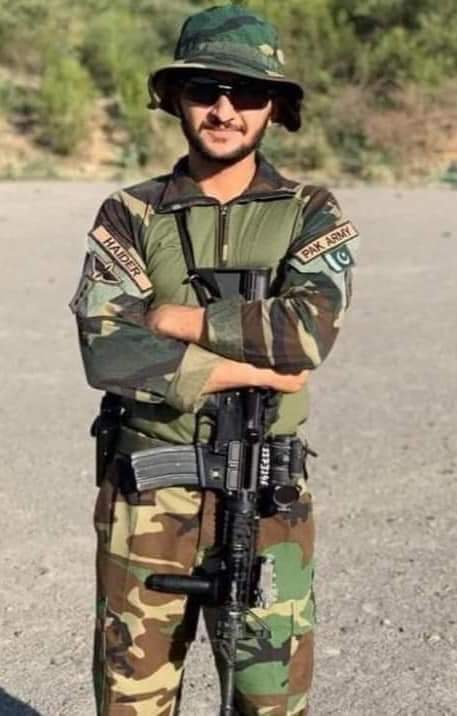 ISLAMABAD: The army lost another soldier after fleeing militants opened indiscriminate fire at a raiding party of security forces in the Kohlu district of Balochistan on Sunday.

According to the ISPR, based on intelligence information about the presence of terrorists in a hideout near Kohlu, the security forces conducted a clearance operation in the area.

“As soon as troops started cordoning the area, Terrorists, while fleeing the hideout, opened indiscriminate fire.

During the ensuing heavy exchange of fire, Captain Haider Abbas embraced martyrdom in pursuit of the terrorists,” the statement said.

“A follow-up operation, however, continues in the area to deal with the perpetrators who have suffered casualties but were able to escape into nearby mountains,” the statement said.

“Security forces operations to eliminate the terrorists will continue and they will not be allowed to sabotage hard-earned peace in Balochistan,” it added.

The funeral was offered in Karachi which was attended, among others, by Karachi Corps Commander Lt. Gen. Muhammad Saeed.

Serving officers, soldiers, relatives of Abbas and a large number of people attended the prayer. He was buried with military honours.