At least 13 killed in rain-related incidents in Punjab, KP 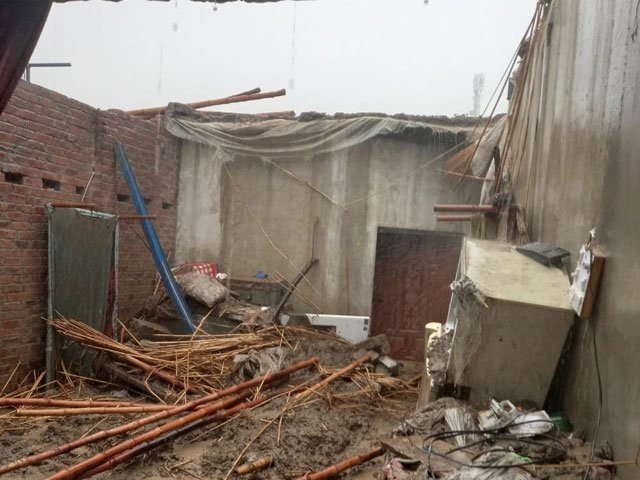 ISLAMABAD: At least 13 people lost their lives while several others were injured in heavy rains and snowfall in various parts of the country, reports suggested on Saturday.

The roof of a house collapsed due to snowfall in the Menadug village of Sheringal Dogdara area of Upper Dir, killing a mother and four of her children.

A dozen others were reported to be injured in similar incidents in other parts of Khyber-Pakhtunkhwa during the past 24 hours.

According to a report issued by Provincial Disaster Management Authority in Peshawar, eight houses were partly damaged in the incidents.

It said that relief goods were being distributed among the affected families in Charsadda and Upper Dir. The district administration and relief departments are engaged in efforts to remove snow from the roads.

Moreover, the entry of vehicles in Galiyat has been banned by the administration.

In Gujranwala, the roof of a house situated on Hafizabad Road collapsed due to rain, killing two children and injuring a child and his father were injured in the accident.

The deceased included five-year-old Asma and eight-year-old Iqra, while the injured, three-year-old Ismatullah, is stated to be in a critical condition.

In Kasur, four people were killed and 10 others were injured when the roofs of their houses collapsed due to rain. In one incident, eight buffaloes were buried under the rubble of the roof of the house.

In Hildarke Pemar village near Kot Radha Kishan, the roof of a house collapsed, killing a man and his son. The deceased were identified as 75-year-old Barkat and 45-year-old Yaqub.

Former central information secretary of PTI Ahmed Jawad on Sunday announced that he will file a lawsuit against the party for terminating his membership. On...
Read more
NATIONAL

By Hassan Zeb Pakistan Navy, while keeping in view the security challenges at Indian Ocean Region (IOR), stepping up to modernize its fleet in order...
Read more
- Advertisment -