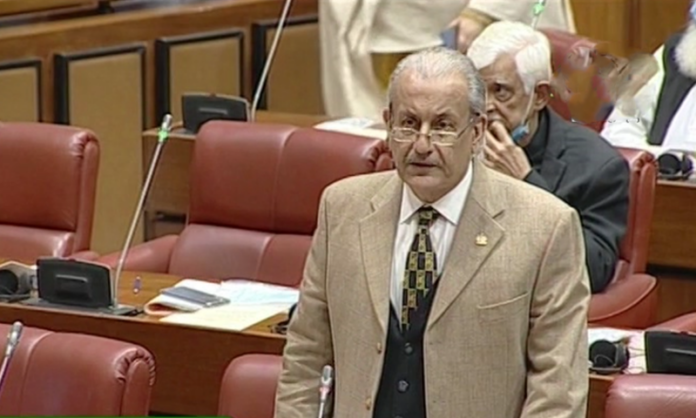 ISLAMABAD: Pakistan People’s Party (PPP) senior leader and Senator Raza Rabbani has said that the extremists have torn the state’s writ into pieces, warning that Sialkot lynching-like cases would continue if the root cause of the problem is not uprooted.

Speaking at the Senate session on Friday, he said: “Extremists groups are established in the country and running their own courts in public.”

Rabbani asked the government to divulge the conditions on which the state had brokered a ceasefire agreement with the Tehreek-i-Taliban Pakistan (TTP).

He also questioned the government’s haste to extend support to the Afghan Taliban, when the latter do “not even recognise the border”.

He asked the foreign minister to take the parliament into confidence about a recent incident, in which the new rulers in Afghanistan reportedly barred Pakistan’s security forces from fencing the border.

“They are not ready to recognise the border, so why are we moving forward?” questioned Rabbani.

The former Senate chairman also raised alarm over reports that the banned TTP is regrouping in Afghanistan, “which could possibly fuel terrorism in Pakistan”.

“On what terms is the state talking about a ceasefire with the banned group?” he questioned.

He went on to say that the state of Pakistan means the civil and military bureaucracy of Pakistan and not the people sitting in parliament.

Taking part in the debate, Senator Azam Nazir Tarar said intolerance is spreading fast in the society. “We should forget our political differences and unite on issues like this,” he added.

Tarar spoke about the horrific lynching of Sri Lankan national Priyantha Kumara, a factory manager in Sialkot, saying “the incident has shaken us to the core”.

The senator said the brutality with which the mob killed the Sri Lankan citizen is highly reprehensible.

Tarar said the trend of mob violence and torture has increased with time. “This is the social apathy we all have to fight against,” he said.

He recalled that two brothers were also lynched in the same city by a mob years ago. He said it is parliament’s responsibility to ensure necessary legislation to provide justice to the downtrodden.