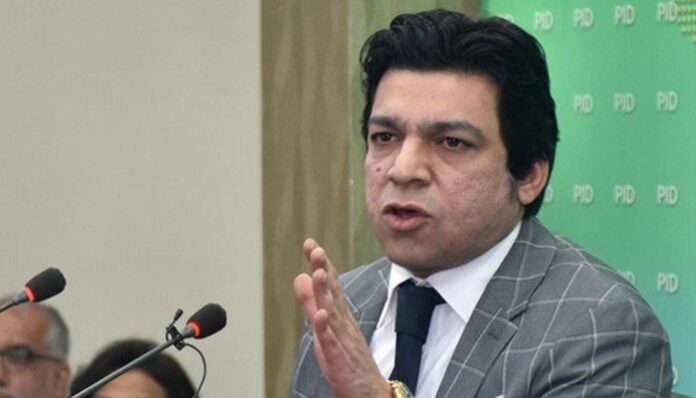 The Election Commission of Pakistan (ECP) on Thursday reserved its verdict on PTI Senator Faisal Vawda’s case, where petitions called for his disqualification because of concealment of his dual nationality.

It is pertinent to note that in January 2020, Vawda was a dual national at the time of filing his nomination papers to the ECP to contest the 2018 general elections.

As per the details, Vawda submitted his nomination papers on June 11, 2018, which were approved by the election body a week later on June 18. However, the PTI MNA applied for the renunciation of his nationality with the US consulate at Karachi four days after the fact on June 22, 2018.

The petitions against Vawda were filed by Qadir Khan Mandokhel, Mian Faisal and Mian Asif Mehmood in the ECP on January 21, 2020, calling for Vawda’s disqualification.

Later in 2020, a citizen, Dost Ali, also filed a similar petition against Vawda, calling for his disqualification. The petition stated that when Vawda filed his nomination papers for contesting elections, he was a US citizen as well.

Vawda’s counsel, Barrister Moeed submitted the senator’s birth certificate in the ECP, claiming that Vawda was born in California and was an American citizen by birth.

“Faisal Wawda had his foreign passport cancelled before submitting his nomination papers,” he said, adding that the senator had not concealed this fact.

As a response, the lawyer said it was written in the returning officer’s (RO) order that the foreign passport was cancelled.

Mandokhel in this regard stated that today was the 23rd hearing in the ECP which had been seeking answers for the last 1.5 years but had not received any.

“The RO gave a wrong order on dual citizenship in the 2018 [general] election. The RO rejected my [nomination] papers instead of rejecting Faisal Vawda’s,” Mandokhel stated.

Jatoi asked him if he had challenged the decision in any verdict and asked him to satisfy the bench on taking the matter up directly in the ECP. The CEC remarked that Mandokhel had said at the last hearing that arguments were complete but now he was mentioning new things.

Vawda’s counsel argued that Vawda had obtained a normal identity card from the National Database and Registration Authority (Nadra) prior to the general elections 2018.

“His Nicop (National Identity Card for Overseas Pakistanis) being cancelled and Nadra’s confirmation prove that he was not an American citizen,” he said.

To which, the CEC questioned whether Nadra was authorised to verify whether anyone was a foreign citizen or not.

The lawyer responded that Nadra only issued identity cards after verification with the Intelligence Bureau.

Vawda also said that there was no dual citizenship holder who had a normal identity card, adding that such an individual would not even be able to open a bank account.

Vawda added that as an MNA candidate he was not well informed about the law. “I am being dragged for no reason, the opponents did not go to any tribunal,” he said.

Vawda’s counsel further argued that “if Faisal Vawda is no longer even an MNA, then how can there be disqualification on this petition?” while adding that “Qadir Mandokhel deliberately approached the wrong forum to conduct a media trial”

The ECP dismissed Mehmood’s petition on grounds of non-compliance and reserved its verdict on the other three petitions.

Earlier, a report revealed the Pakistan Tehreek-i-Insaf (PTI) leader may have committed perjury by falsely declaring in an oath, submitted at the time of filing his nomination papers in June 2018, that he did not hold any foreign nationality while he was in possession of a United States passport.

The minister remained a US national even when the scrutiny of his nomination papers was completed. He resigned from his National Assembly seat in March hours before he was elected to the Upper House.

The Supreme Court had ruled that candidates holding dual nationality are to submit a renunciation certificate of the foreign nationality along with their nomination papers.

In March, the Islamabad High Court (IHC) held that prima facie the oath, or affidavit, submitted by the senator regarding his US nationality in 2018 was “false”.

“Since the affidavits were tendered before the Election Commission of Pakistan, it is just and proper that the ECP probes into the matter of veracity of affidavit furnished by Faisal Vawda on 11.06.2018 and if the same is found to be false to stipulate the effect thereof pursuant to observations made in PLD 2020 SC 591,” the order said.