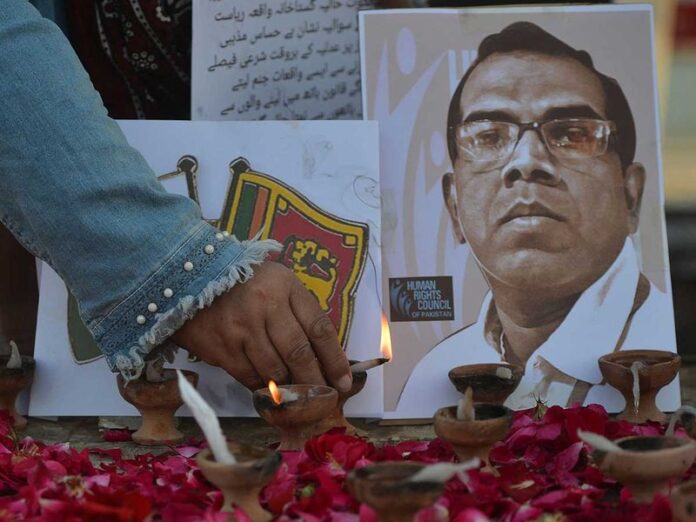 LAHORE: The police have arrested 18 more suspects purportedly involved in the killing of a Sri Lankan manager of a sports equipment business in Sialkot.

A mob of hundreds of enraged employees descended on the factory after Priyantha Kumara was accused of blasphemy. The mob grabbed him, killed him and burned the body.

With the latest arrests, the total number of suspects in custody has risen to 52, Khurram Shehzad, a spokesperson of Sialkot police, said.

The suspects were later produced before a special anti-terrorism court in Gujranwala which remanded them in police custody for 15 days.

The judge directed police to present the suspects again on December 28.

“34 primary suspects are already in remand with police. More than 100 individuals are [now] under investigation,” Shehzad said.

Last week, the government of Punjab decided to conduct the trial in the case on a daily basis.

In a meeting of the cabinet committee on law and order, Law Minister Basharat Raja, who was presided over the sitting, directed the investigators to file the case challan in court within 14 days.

The prosecution was also directed to set up a special cell to monitor the case trial. The meeting was attended by all the regional police officers (RPOs) and commissioners of the province via video link.

May 27, 2022
The term smuggling refers to the illegal transportation of objects, substances, information or people from one area to another. In order words, it means...