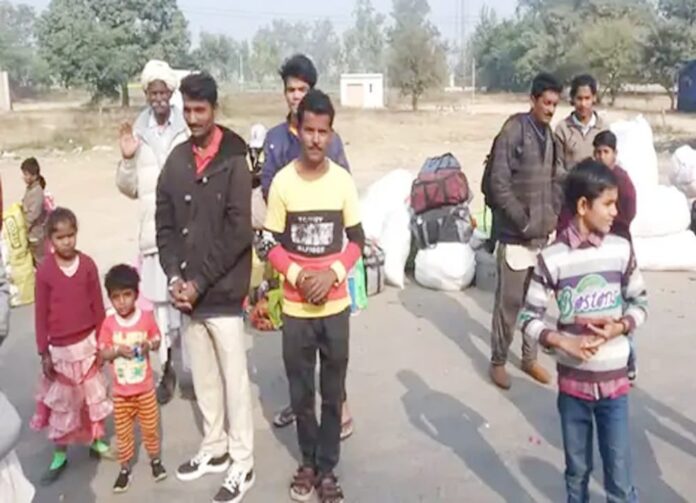 Pakistani Hindu families, who had gone to the neighbouring country in hopes of becoming Indian citizens but were unable to do so despite staying in India for several years finally return to Pakistan on Tuesday, after being stranded for months.

The families were stranded near the Attari-Wagah border for months. For the past three months, these people had been living under the open sky near the Attari border of India and were provided food by the locals.

The families, numbering more than 100 people, were unable to return to Pakistan despite necessary preparations being completed for the reception at the Wagah border and could not cross due to Covid-19 related border closure.

A Pakistani Hindu man whose wife had a baby in December, was told by the immigration authorities to get a birth certificate and travel documents of the child since he was born in India.

The family was sent back to India in order to obtain travel documents from the Pakistan High Commission in New Delhi.

According to Pala Ram, 97 Pakistanis stranded at the border include 47 children, six of whom were born in India and were less than a year old. Apart from Pala Ram, another Pakistani citizen, Laga Ram, gave birth to a child named Bharat. Laga Ram went to Jodhpur, India in 2020 to visit her brother.

According to reports, the families returning to Pakistan were happy and thanked the Pakistani authorities, as during their stay in India, they faced discrimination and inhumane treatment at the hand of Indian authorities.

May 27, 2022
LONDON: Brendon McCullum is relishing the prospect of working alongside a "really strong leader" in new captain Ben Stokes as they prepare to launch...